Scoil Mobhi, Glasnevin, 4th Class, 11th September 2014
One day a chocolate called Butter Truffle was made.  She was put in a box of chocolates but nobody wanted to eat her. 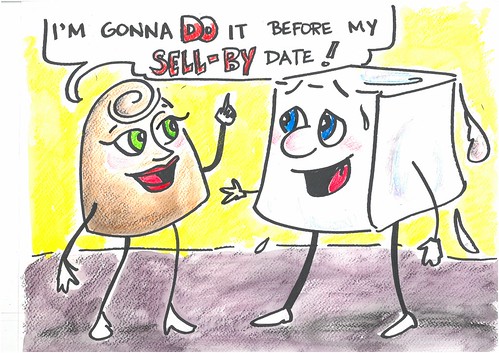 Every other chocolate in the box was eaten but her.  The lid was left open so Butter Truffle hopped out for an adventure.

A dog chased her across the kitchen floor so she hopped into the freezer to get away.  But she just ran into more trouble.

Inside the freezer there was an army of ice cubes protecting the frubes, the chicken nuggets, the peas and the waffles.  And the cheese.

“I was trying to get away from the dog and I’m looking for a friend,” replied Butter Truffle. 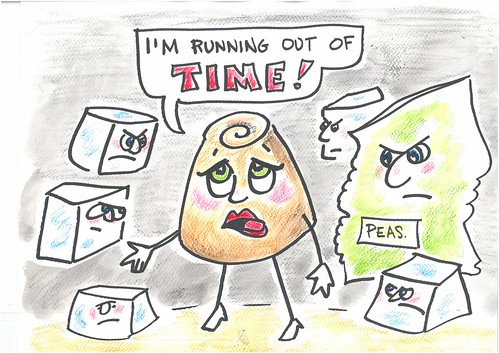 “I don’t believe you,” the general told her. “ATTACK!”

Tom the ice cube jumped in front of his father and said, “No, no! I believe her!”

“I’m your father, Tom. This is my business, I’m getting paid for this!” replied the general.

Before Tom could save Butter Truffle, the ice cube soldiers took them away to the dungeon in the ice maker.

Tom tried to come up with a plan to escape.
Just then an arm reached into  the ice maker to put him in a drink. 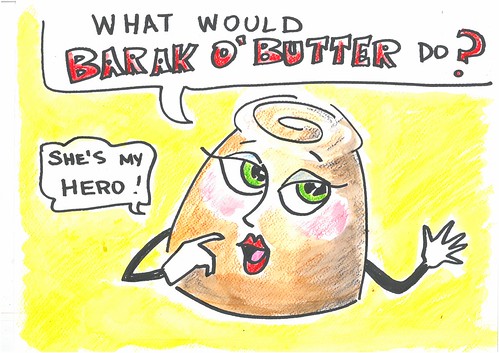 “Get out while the door is open!” shouted Tom.

Butter Truffle squished through the door and hopped onto the counter. She saw her chocolate box.  On the box was her sell by date.  It was the next day!

“I wish I could be Barack O’Butter so I could stay fresh forever,” thought Butter Truffle.

Becoming Barack O’Butter meant she could have all the super powers in the world she would rule the kitchen.
She  could also save herself and Tom from the ice cube army...