Covid-19 has had a big impact on the lives of people living with a disability in Ireland. For this Erasmus+ project, Fighting Words volunteers worked online with young adults from a variety of CRC campuses in Dublin to create an original story. Using fictional characters they examined how they could improve their situation in gaining access to support services during this pandemic.

Background and Personal Information
Harry is a well-educated 30 year-old young man from Raheny. As a TD, Harry has a high demand job that is quite stressful at times. He also has his family to look after and provide for. His wife is available to look after their four children while he works long hours away from home in the Dáil.

Harry developed a rare medical condition 5 years ago which led to him losing his eyesight. He has a guide dog to help him remain independent, but he had to make big changes in his life when he became blind.

He can no longer drive or enjoy his favourite pastime of photography. He uses public transport daily to travel into town for work, mainly using the DART. 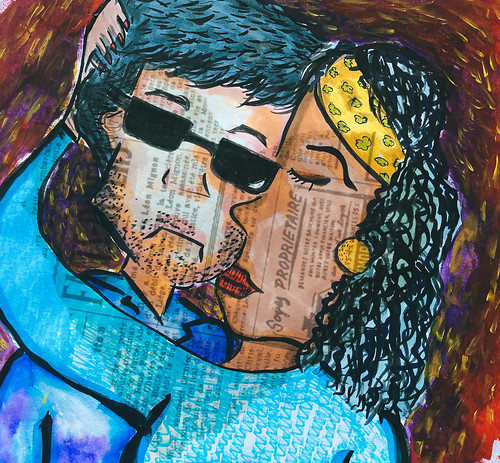 The recent changes in Harry's life have started to affect his mental health and he has developed depression as a result. The depression is having an impact on Harry’s job and the time he spends with his children.

Harry’s wife has tried to support him but now she does not know how she can help him. Harry has a dog that goes everywhere with him. His dog’s name is Rex. Rex helps him at work. They go to the shop together. Rex helps Harry on public transport and makes sure that he is safely sitting down before the bus moves.

Harry’s wife, Sally, and their four children, Mark, Bobby, Steven, and Amy support Harry. They help him around the house with chores. If Harry needs something they can get it for him. The children also support Sally so that she is not on her own helping Harry.

When Sally is feeling down, her and Amy go shopping and have coffee while the lads sit at home with Harry watching a Liverpool versus Man United match. 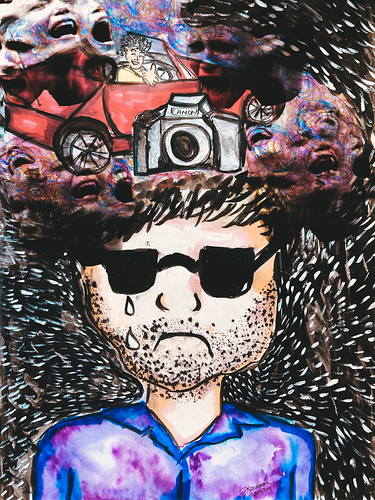 During the match, Harry needs a glass of water and Bobby offers to get it for him.

Bobby goes into the kitchen to get a glass of water and he realises the tap is broken!

Bobby goes to tell Harry that the tap is broken.

Harry asks Mark to ring the plumber to fix the tap. Instead, Bobby gets his dad a glass of milk.

“Lads, I’m struggling to work at home and I need your support when I’m doing work,” Harry asked.

“I can help you out with your work if you need any help,” Mark said.

Sally and Amy came home from the shops and she asked Harry how his day went and who won the match.

Sally gave Harry a kiss as she walked through the door. 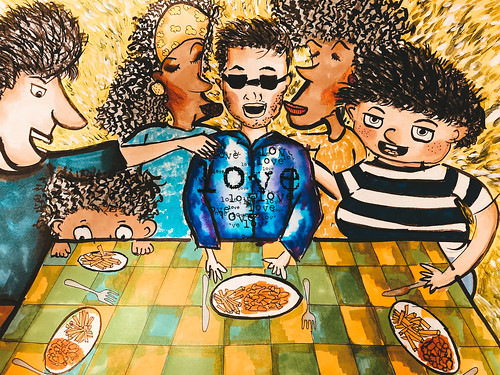 “Do you need any help with your work? If you need anything I can type it out for you,” Sally asked.

The Collins family all made dinner together. For their Sunday dinner, they had chicken curry. When they all sat down to dinner together, Harry was happy.

Harry was happy because he had loads of support and he knew he could lean on his family whenever he needed it.