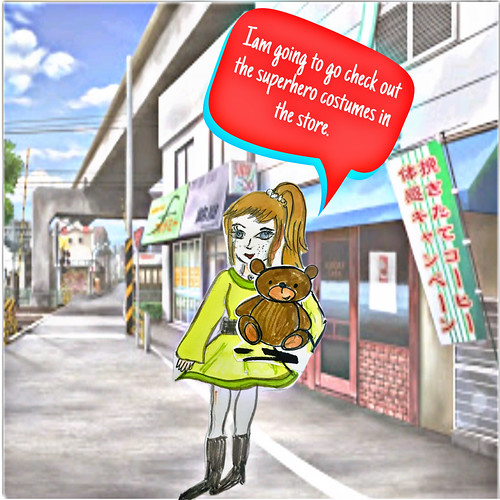 Once upon a time, there was a young girl named Stephanie Walsh.

She was walking in town, holding her teddy bear, George, and going into every single shop.

One of the shops she entered was a superhero shop which made her want to be a superhero.

Half of the shop was also a supervillain shop where she ran into a boy who looked at her with disgust.

“My name is Bob Bobbly,” said the boy, who started calling Stephanie names. This made Stephanie feel angry.

A worker at the store pushed in front of Bob to protect Stephanie.

After he pushed Bob away, he introduced himself as Jim Makewell, “but my friends call me Jim,” he said.

As she looked around, he’s nowhere to be seen. Bob had seen the teddy falling into a trolley which was taken out of the shop. 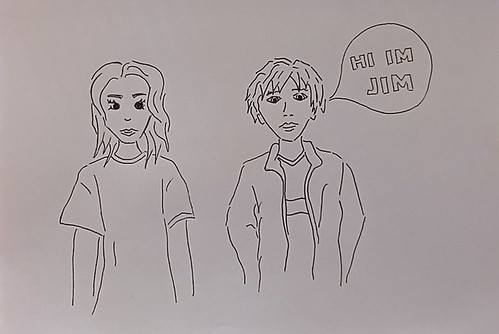 Bob noticed that Stephanie saw him, so he ran into a spider shop. When Bob saw the spiders, he ran out of the shop where he bumped into Stephanie.

“Excuse me, give me back my teddy,” she demanded at once. Jim saw Bob holding Stephanie’s teddy and pushed him away in anger.

But Bob had stolen some spiders from the shop and threw them in their faces, running away.

While Bob was running away, he saw a Christmas tree and fainted…