The adventure of Meep and Bob 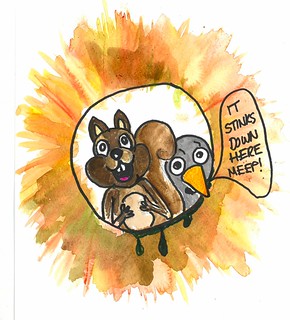 Holy Child Boys National School, Larkhill, 4th Class, 14th May 2015
Meep the squirell and Bob the pigeon were going for a walk and they saw their greatest enemy the giant toilet.

They climbed up the side of the toilet and then they fell in. They went through to a magical land.

They went to the other side of a rainbow and they found skittles. 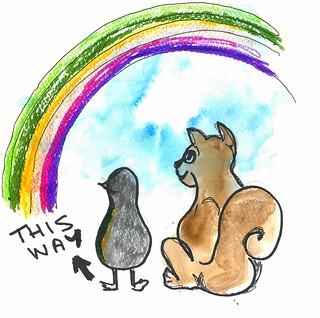 They found a small chocolate bunny who could show them the way to get a pet. “That’s my greatest wish” said Meep.

The chocolate bunny said “The way to get a pet is to explore the sewers and find the almighty rat.”

“What pet will I get?” asked Meep.

“A dog and a cat” said the chocolate bunny.