On an Adventure for the Mythical Honey 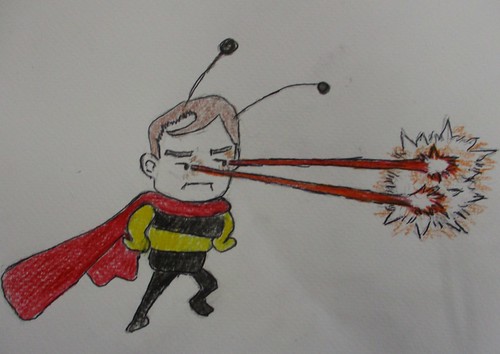 Jolly B was lonely, he had no friends. He was flying through the park for ages.

He lived under honeycomb under a tree. There was lots of baby BBQ’s inside the honeycomb. No one liked him because he had a human face and the body of a bee.

Finally, Jolly B looked at his watch and decided it was time for school. But he saw Jilly B getting bullied in Jolly School by Shmiley B and Waspy B.

Then he pushed away Shmiley B and Waspy B, but then Waspy B stung him with his stinger. Suddenly Jolly B felt a surge of strength.

He pushed Waspy B off the school tree.

Out of his pocket Jolly B took out his honey blaster, otherwise known as his stinger, and then he shot him with a honey blast, making him sticky. 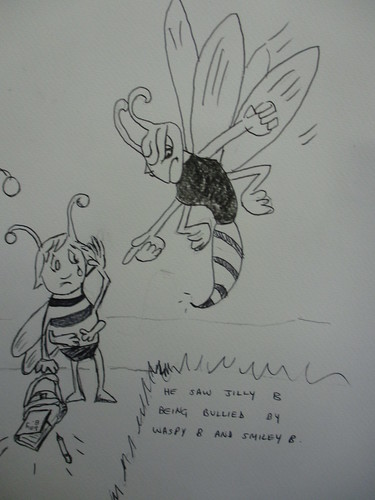 There was a load of baby BBQs mixed in with the honey blast, and they start stinging him.

Finally after a few long minutes, he got free, muttering something about how he’d be coming back soon.

Jolly B took Jilly B to his Jolly house. Jilly was thanking Jolly for helping him, and that she’d help him on any quest he wanted.

Jolly B said, ‘Well, the winter holidays are coming soon, which means that the rare red honey will be growing, and I’ve heard it’s really unique.’ He needed the honey to match his red and black colours.

They take Jolly B’s car, which was a Jollimo, and drove all the way to the far off mountain where something was waiting for them...