The Adventure of Squishy the Pineapple 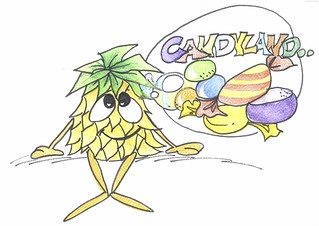 Once upon a time, there was a pineapple called Squishy.

He was in a fruitbowl in someone’s house.

He fell asleep and had a dream about going to Candyland.

Squishy woke up because someone was about to eat an apple and the apple was also his friend. 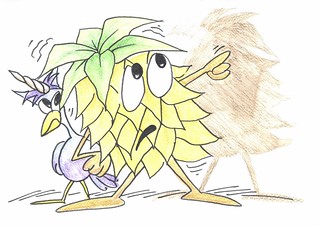 Just then, Ben the clumsy half-chicken/half-unicorn came in and saved the apple.

“Thank you for saving my friend,” Squishy said.

But then Squishy saw something behind him. It was his greatest fear: his shadow.