The Adventures of Agents Ryder and Roger 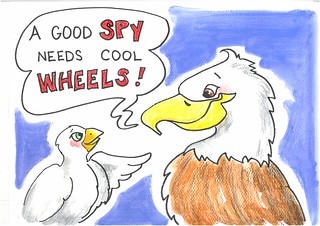 Once upon a time there lived an eagle called Ryder, who was an agent. He had a friend called Roger, who was a white dove.

Ryder loved being an agent. He dreamed of a Lamborghini.

Ryder’s enemy, Dr. Metal, whose face was half metal, had a Lamborghini. 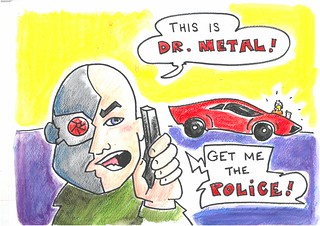 So they made a plan to break into Dr. Metal’s lair.

“We have to try and steal the Lamborghini as well,” replied Ryder.
“Let’s go!” Roger said.

Dr. Metal knew it was going to happen, so he quickly called the police. He knew the police would come straight away, so he shouted to them, “Capture them!”

But the police didn’t know who to capture because they knew Dr. Metal was a bad guy, and he was only wearing a disguise...