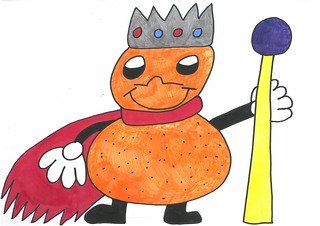 Once upon a time there was a boy and his name was Bob the Super Peanut.

He lived in a chocolate house on Peanut Street in Peanut Land.

When he was walking down the street he met Billy the Pencil on the crossroads of Peanut Land and Pencil Land.

“You don’t look like a pencil!” Billy replied in a strange, Australian pencil voice.

Just then, they heard a T-Rex rapping down the road.

“I’m walking down the road
I’m a T-Rex Peanut
I’m going to meet the Queen-nut
And I am going to eat you.” 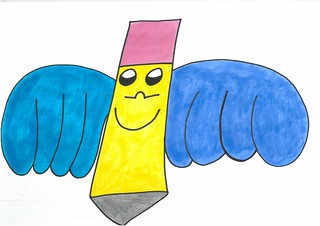 Bob the Peanut and Billy the Pencil ran to tell Bob’s mam, the Queen Nut.

They shouted to the Peanut and Pencil Guards at the Peanut Palace, “The dinosaur’s coming to meet and eat the Queen Nut!”

The Peanut and Pencil Guards had peanut and pencil canons to fight off the dinosaur.

But the dinosaur, with his rapper powers, blew all the guards away with the force from his rapidly fired rap.

The T-Rex had stolen the peanut Ferrari and was driving it, like a skateboard, with one toe.

Billy shouted, “You are a Jedi, Bob.” Which echoed all over the Peanut Palace.
“Give me back my peanut Ferrari!” Bob shouted.