The Adventures of Brickman and the Sacred Brick 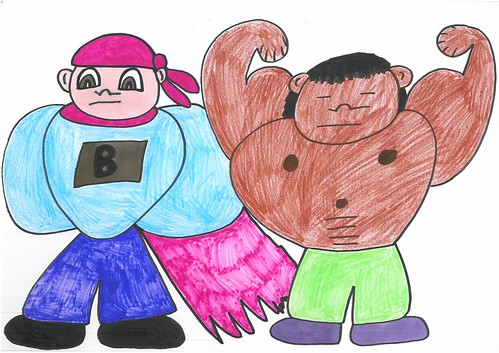 There was once a man who lived in a very small town in England. His name was Jason.

Jason worked as a builder for a few years, but he had stopped because he got hit by brick and had swallowed some of it. The tears were a-flying.

Noone knew where he had gone afterwards, but one day he returned to his hometown.

He shouted, “People fear me, I am Brickman!”

He could lift bricks and throw them. He threw one through the window and it landed on his car, which became a brick-Lamborghini.

Brickman was driving his new brick-Lamborghini when he saw his friend Mr Muscles. He pulled over and said, “Do you wanna hop in, buddy?”

A few days later, Brickman was doing some research and found out about a Sacred Brick. He wanted to go find it. So  he called Mr Muscles and said, “Do you want to go and look for the Sacred Brick?” 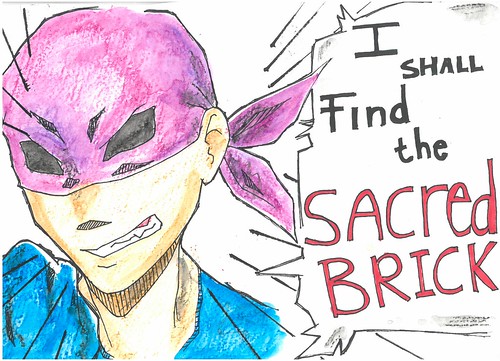 It was midnight as they were driving. They saw a big green round thing.

They started to speed up the car but that only made the watermelon want to jump in.

Brickman has always been afraid of watermelons, because one hit him on the head when he was three years old.