The Adventures of Burger Man 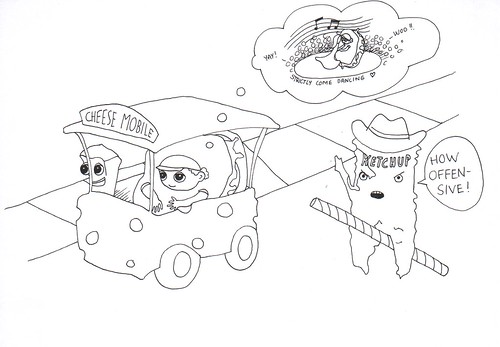 Another day in Burger City.

All of a sudden, Ketchup the cowboy comes in on straw.

He ducked behind the counter and says: “Ah ha! We meet again,” while stroking his cheese cat. 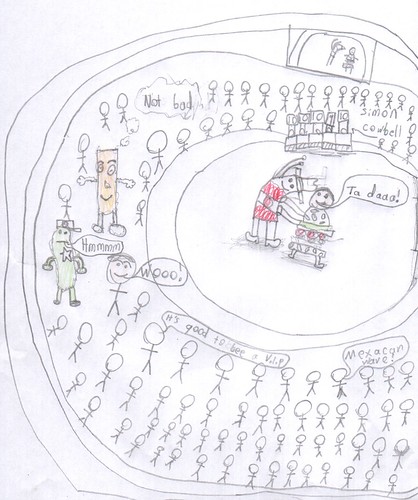 Ketchup Cowboy blows the ketchup at Burger Man, but French Fry Guy blocks it with a burger bun.

Burger Man and French Fry Guy do their victory dance to prepare for Strictly Come Dancing. 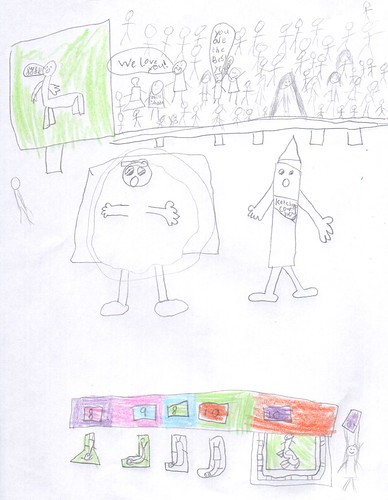 They dance out of Burger Prince and they jump on the Cheese-mobile which will take them to Strictly Come Dancing.

Meanwhile, back in London, Bruno is preparing himself to give a 10.

When Burger Man arrives at the Strictly studios, ready to fulfil his dream, Simon Cowbell tells him that Ketchup Cowboy is the only dance partner left…