The Adventures of Charlie and Jacob 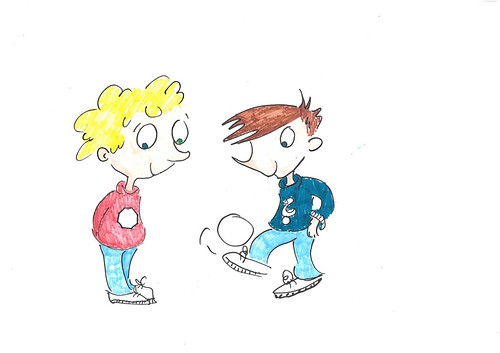 Charlie was a ten year old boy with one blue eye and one green eye who lived in Italy.

There was also a ten year old boy named Jacob who lived in Mexico.

Both boys found out about a World Under-Tens football match in the Aviva Stadium in Dublin, Ireland.

They asked their dads if they could play on the under-ten teams.

“Dad, can I please play for the under-ten team?” Charlie said to his dad.

At the same time in Mexico, Jacob asked his dad, “Can I play in the football match?” 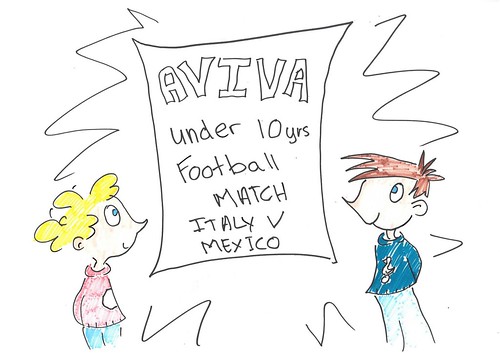 Both of the dads said to their sons: “Yes, but on one condition - you can’t play rough at football.”

The boys booked their flights and flew to Ireland to play in the Under-Tens World Match! 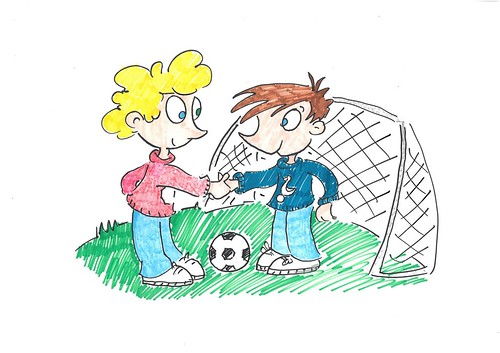 The match was very exciting and at the end went to penalties and sudden death.

Italy won by ONE GOAL! At the end of the match, Charlie and Jacob met when they shook hands and became best friends for life. Charlie said, “That was a good match.