The Adventures of Chewie the Wolf and Jerry the Eagle 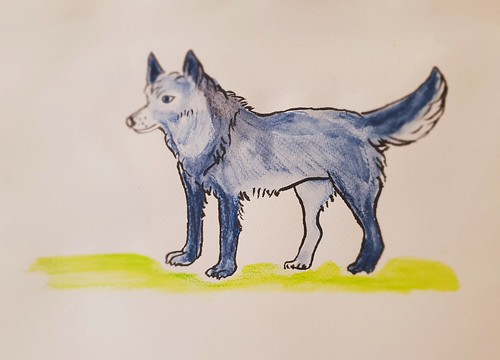 On the rocky mountains, in a time that is unknown, there is a wolf called Chewie.

He is hunting for his midday snack at lunchtime when he hears an eagle -  “Cacaaaw” and CRASH! It falls on top of him.

“Get offa me!” Chewie says. “You ruined my lunch! The deer is getting away.”

Jerry the eagle says, “I think my wing is broken.”

Chewie says, “Never mind, I think I’ll have YOU for lunch.”

“I don’t think you should do that. I’m riddled with worms and covered with feathers,” Jerry tells him.

“Hold on, sorry -  I think I hear someone calling my name!“ Jerry tries to fly but can’t escape.

He crashes into a tree and gets knocked out.

Shallow the Evil Cat and King of Hell appears and says, “Did you ever wanna fly?” 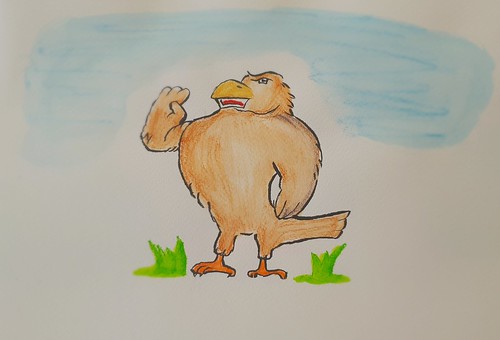 “But you could chase this guy around all day! Come with me and I’ll show you how,” says Shallow.

Shallow stamps the ground with his evil staff. Chewie weakens and collapses to the ground.

Just as the minions are about to grab him, Jerry wakes up.

He follows them to the lair and sees Shallow bash his staff to create a wormhole on the ground.

Just before the wormhole closes, Jerry sneaks in, his back against the wall.

He looks for a good hiding place and sees an enormous cauldron of potion. He trips over a shovel and accidentally knocks it over.

Because the potion was out of date, it healed Jerry’s wing.

Also, instead of damaging and hurting Chewie, it absorbed through his fur and gave Chewie wings too. 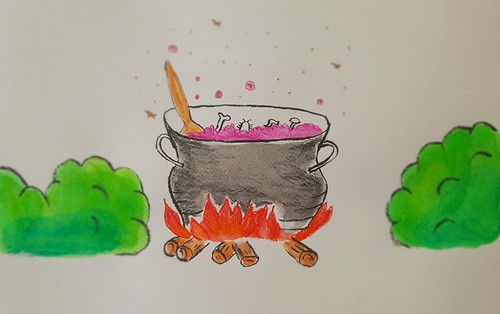 ​Chewie wakes up and says, “Where am I? What’s happened?”

The furious king’s fur stands up on his back and he goes red in the face.