The Adventures of the fat fly 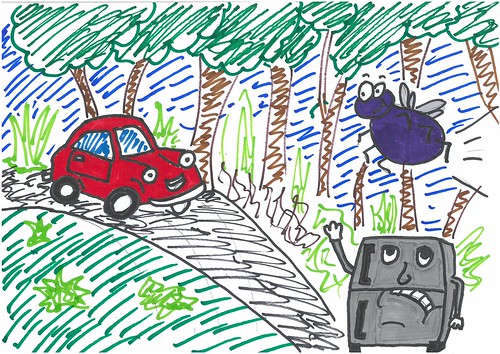 Mr Tom, the fly, was driving his Lamborghini on the N81. Suddenly, it dawned on him that he wanted to become fat.

He looked around, and he saw that everyone around him was fat.

He said “I don’t want to be skinny anymore.”

At first he went to McDonalds, and he ordered a Grand Big Mac and Big Mac Bacon.

Then he went to KFC and he ordered everything on the menu.

He became so fat he couldn’t fit in his car.

Then suddenly, he felt the need to fart  and this was his greatest fear. 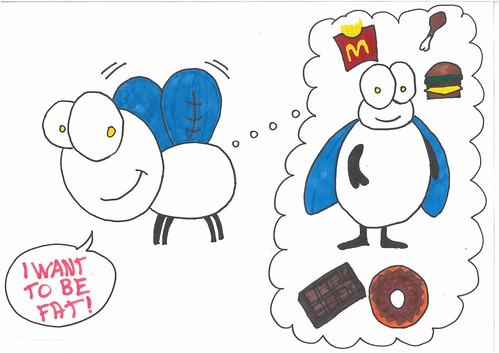 Then he went to McDonalds, but he fell over and it took him years to get up.

Then he let off a ripper and it blew up McDonalds.

He got up again, and said “Jeez Louise, I got back up after a million years!”

He got into his jet and fell out. While he was falling down, Billy the Fridge noticed him and screamed “Holy cow, Mr Tom is going to squish me!”