The Adventures of Fluffy and Picklebob 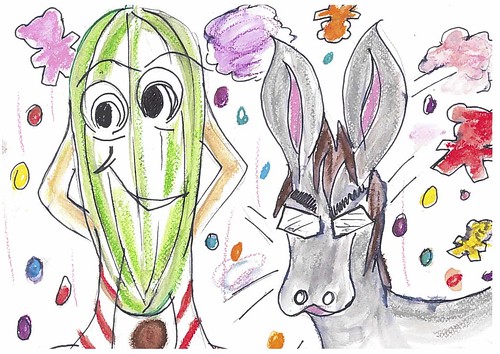 'Every picture tells a story'

There once was a unicorn who had a best friend named Picklebob. The unicorn's name was Fluffy. She was super silly.

One day, she decided that she wanted to fart out rainbows. That morning when she went to unicorn school, Mr McDonkey the teacher was mad at her for being late. She was late because she had been trying to fart all the way to school. Mr McDonkey said angrily, “you're late again, Fluffy!”

In this world, it is magical, and everything is mythical. The clouds are cotton candy, and it rains Skittles. Have you ever seen a frog that can turn into a pink bush? When the unicorns poop it's Malteaser's. The grass is made out of slime. The hills are made out of ice cream. 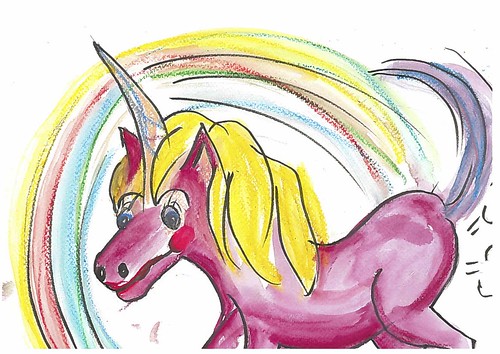 The cats can change colour, like chameleons. It also rains gummi bears.

When Mr McDonkey spoke to Fluffy, she got scared and pooped Malteaser's. “Oh, my grandad was sick,” said Fluffy (wink wink). The Malteaser's were still on the ground. Fluffy said “Do you want one?” “DETENTION!” said Mr McDonkey angrily, pointing his hoof down the corridor. Fluffy went down the stairs to Room 3 for detention.

On lunch break, when everyone was outside, Mr McDonkey ate the Malteaser's secretly. But, he forgot that there were cameras in the room.

When Fluffy went home hours later, she told Picklebob everything that had happened. “OMG,” said Picklebob, and he fell backwards...