The Adventures of Fluffy and Popcorn 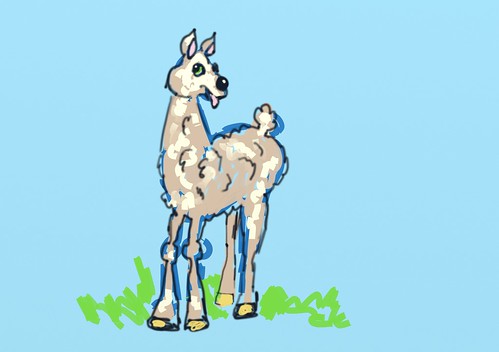 There was once a beautiful llama called Fluffy and she was very adventurous.

Fluffy’s greatest wish was to have a friend.

Fluffy found her friend at the edge of the lake and his name was Popcorn the clownfish. 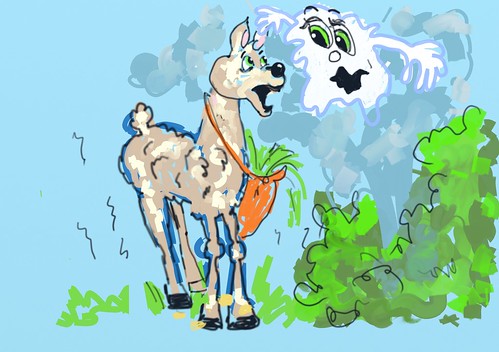 One day Popcorn was swimming in his fishbowl and he started talking to Fluffy.

“I will look for food,” said Fluffy.

But they had no food, so they had to go to the Llama Shopping Centre. 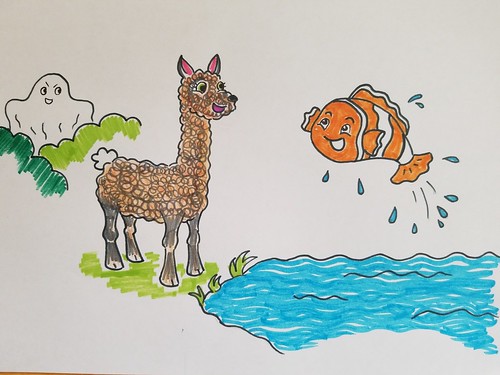 Fluffy found some grass in the llama aisle and brought it home to Popcorn.

While Fluffy was going home, Ghosty the imaginary ghost appeared in a puff of smoke.

“I’ll be your greatest fear forever! No matter what! Who’s this perky little fish…”