The Adventures of Fred and Eddie 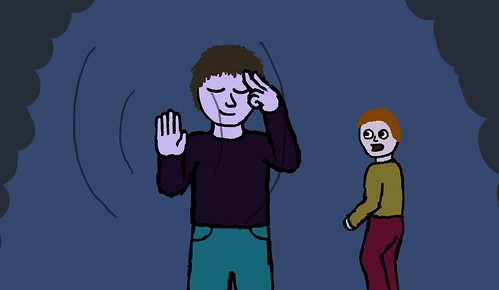 Eddie was playing football with his friend, Fred. Next they play hide and seek.

Eddie has a pocket knife inside his pocket and he helps them escape. “Did you not see the other people in Spider-Monster’s lair?” asks Fred.

“No, I was looking at Spider-Monster and not looking anywhere else,” says Eddie.

The people in the lair look like they are sick and nearly passed out. When the people pass out, they turn into Spider-Monster’s army.

Eddie stops time and Fred says, “What? You never told me you could do that.”

Then Fred uses his powers to turn him and Eddie invisible. Fred made them bigger and they escaped the lair.

When they get outside they try to make an antidote to help the people that were turned into spider-monsters...