Adventures of Jake and Banter 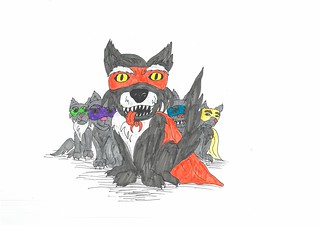 St.Patricks Boys National School, Donabate, 4th Class, 9th June 2015
Once upon a time there were five wolf superheroes. A guy came over to their house and told them to fight for the universe.

The next day, the superheroes prepared to fight.

Jake the Superhero Wolf said, “No, I’ll go on my own.” He was going to fight against evil cats but first he had to eat some Nandos.

Just then the Banter Mobile crashed into the wall. 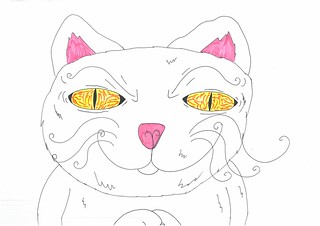 While Banter’s servant was bringing the Banter Bike, Jake was being attacked by cats.

The evil cats picked up some sticks that they found on the ground. Then unicorns came along and picked up the sticks.

Meanwhile at the wolves’ home, elephants were attacking the house...