The Adventures of Jell the Jellybean Girl 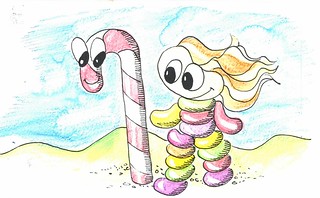 It was just a normal day and Jell the Jellybean girl was walking around.

She met Jack the Candycane and they became best friends.

The two friends were walking along when Jell saw a door in a tree.

She opened the door and inside they saw a golden plant, with jellybeans flowing. 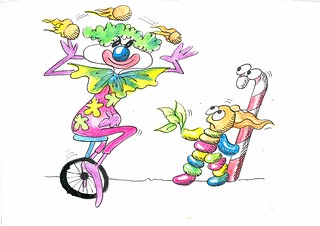 There was a sound of plip plop plip plop as the jellybeans fell from the plant onto the ground.

She decided to take the jelly bean plant home. 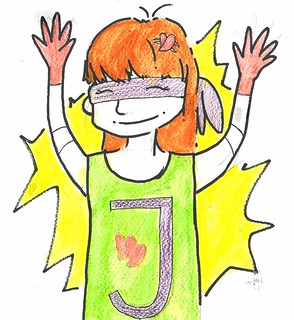 “Don’t bring that home” warned Jack “It might do something bad!”

But Jell wouldn’t listen to her friend. When she took the plant home something strange happened.

Behind her she heard a noise....she looked back and it was the Clown made of gummybears.

He was on his tricycle and juggling fireballs!