The Adventures of Larry Plotter 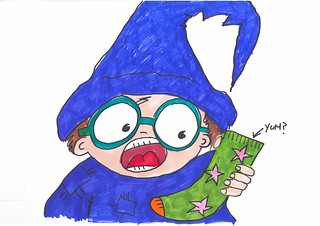 Larry Plotter was sitting inside on a cold rainy day. He was playing with his imaginary friend Bob the Cow.

They were playing Rodeo Unicorn. “Larry, you fell off the unicorn twice already,” said Bob. “Well I was very hot and tired. Plus I blame gravity.”

Bob went home and Larry was so bored that he was about to eat his socks. Then a newspaper came in the door with an ad for the Best Wizard Competition.

Wizards from all over the world would be there. This made Larry remember his ambition to be the greatest wizard ever.

He looked further down the newsletter and realised that it was for princess wizards only. 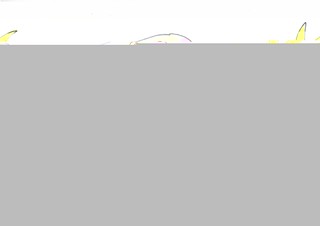 He had an idea and got his mam’s dress. A pineapple fell on his head when he pulled the dress from the shelf.

The inside of the pineapple went on his head and made him look like he had long hair.

That night he watched a scary movie that was so scary that he almost threw his shoe at the tv.

He was so scared that he screamed and his neighbour Miss Marshmellow came to the door to complain. “Stop screaming, I’m sick and tired of it. I’m going to call our landlord.” Bob reappeared and said “Yummy marshmellow landlords.”

The landlord came and Larry shouted “I surrender!” because he had watched a scary movie.

“Larry I’m afraid I’m going to have to ask you to move out. This is the thirtieth time this week.”