The adventures of the magic pen 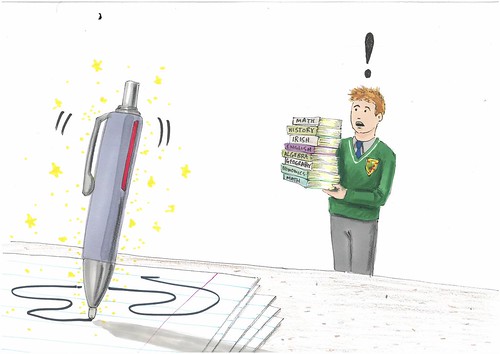 Once upon a time there was a magic pen who loved to do homework. His best friend was Penny the Pencil.

One day the magic pen asked Penny “Will I do your homework for you?”

“Yes, please” said Penny the pencil. The magic pen was writing a story when he had to go into his owners house because the owner, Pete, was going to the shop.

When the owner went to the shop, the pen did the homework so the kid didn’t have to do it. But this time someone broke into the house and stole the pen because he knew it was magic.

The guy who stole him had big red eyes and horns coming out of his head. He had a red and black suit and a top hat on each horn. 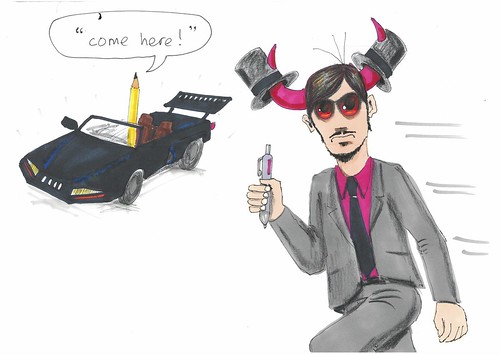 He took the magic pen to a cave and told him that he was not allowed to do homework anymore.