The Adventures of Mr Gloop and Ultra 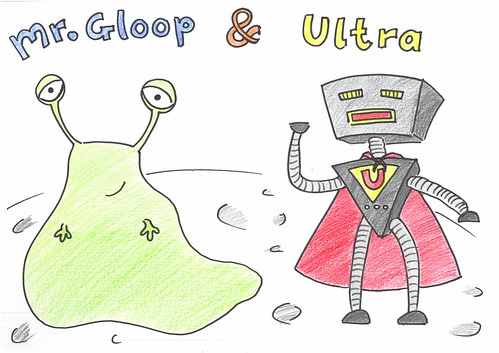 St.Patrick’s Junior National School, Corduff, 2nd Class, 29th April 2015
Once upon a time there was an alien called Mr Gloop.

He was jumping on the moon. After a while he found a friend, Ultra.

“Would you like to be my friend?” asked Mr Gloop.

“Yes, I would like to be your friend,” said Ultra. 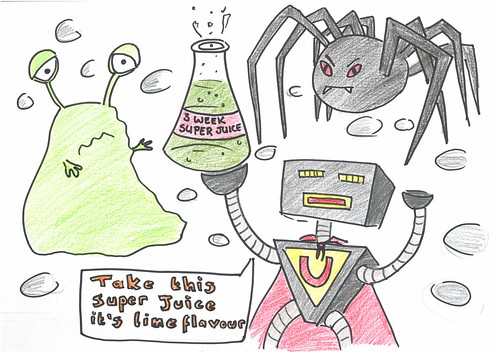 The next thing was that Mr Gloop and Ultra saw a Big Giant Spider. Mr Gloop felt terrified and Ultra tried to defeat the spider.

“Mr Gloop, you have to help me defeat the spider, he wants to poison us,” said Ultra.

Mr Gloop and Ultra went to Mr Gloop’s house to think of an excellent plan to defeat the Spider.

Their plan was to go to Earth and find some other friends to help them.

Ultra gave Mr Gloop some medicine that turned him into a superhero. Mr Gloop would be a superhero for three weeks. They made a spaceship to go to Earth. On the way they ran out of space gas.