The Adventures of Obvious the Unicorn and Larry 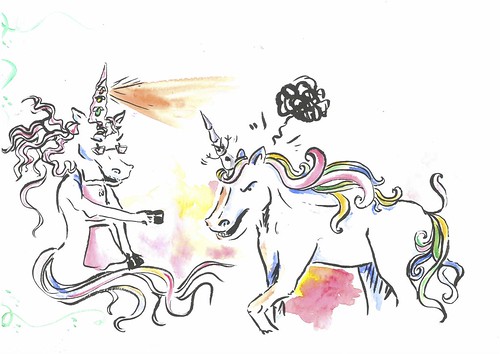 One day, Obvious the Rainbow Unicorn was talking to his horn, Larry.

They started shouting at each other about who had nicer hair.

Just then, Obvious’s nanny came out and said, “stop right there!” while flashing red from her traffic light hair.

She then started yelling other random words at them and, in the end, she kicked them out of the house and sent them to the desert because they wouldn’t stop fighting. That’s when their journey began. 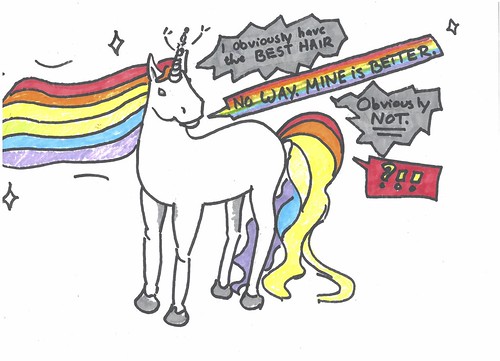 As they left they realised their nanny had the nicest hair. In the desert, they saw a unitato walking around.

Obvious said to Larry, “That’s the last unitato of its kind!” 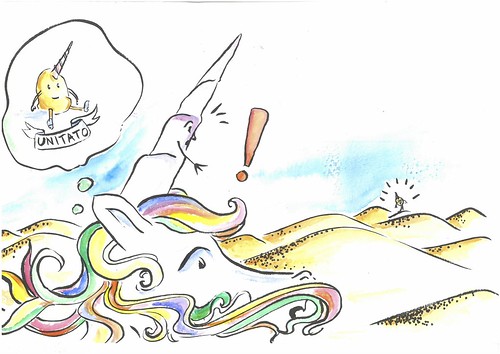 “It’s a potato with unicorn parts and 14 twig legs,” Obvious told him.

Larry said, “No, I think that’s just a mirage.”

They walked over to the unitato only to realise it was the evil chocolate bar in disguise. It had poisonous pink hair that if you touched it would turn you to stone...