The Adventures of Pudgles and Lucy 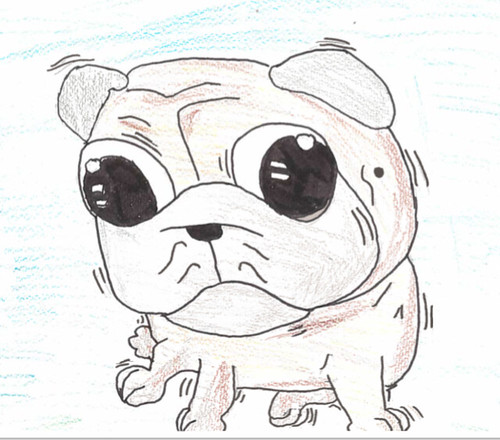 Once upon a time there was a talking dog called Lucy, Lucy says, “Give me a sausage” to a butcher.

The butcher panicked and called 999.

Lucy can only talk because when she was a puppy she ate a poisonous flower.

She was sent to an animal hospital they were able to keep her alive, but then she was able to talk.

And then Pudgles walked by.....and the cops arrived and took one look at Pudgles went down on their knees rubbing her.

They took Pudgles to jail. Lucy jumped into the back of the car and went with her.

In the dog jail Pudgles got attacked. Lucy saved Pudgles by barking at the people. 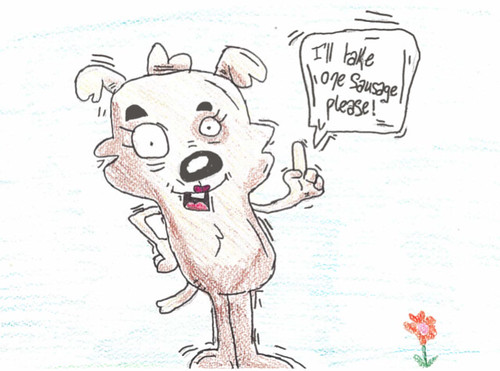 After they escaped, the police sent people looking for them.

Then the villain, Thomas the old man with a cane, came along, and sent them back to jail and they were sentenced for 25years. 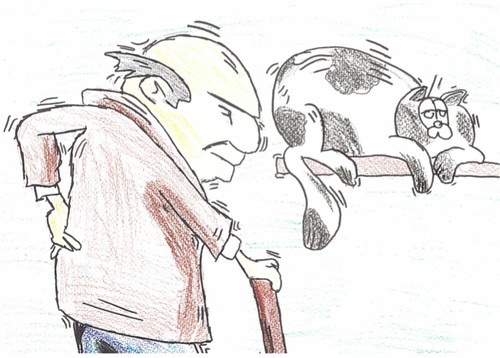 They both said “YAY!”

Then Lucy and Pudgles said “Let's go and run before they find us.”

When they were running they ran into the Thomas the old man with the cane, they got a whip. Thomas had his pet, the big fat cat with him.