The Adventures of Spike and Michelle

Spike the skeleton ninja is in his haunted castle.

Spike asks the dog, “Are you hungry?” 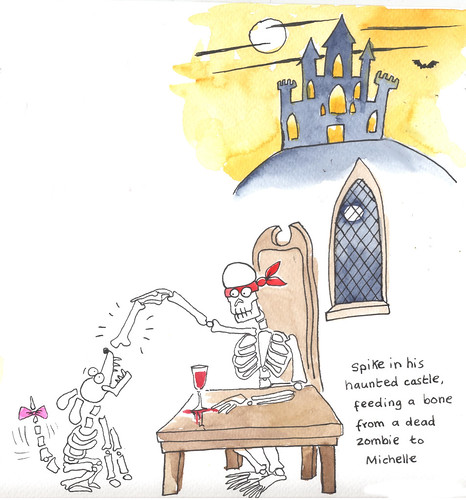 Spike takes a bone from a dead zombie and feeds it to Michelle.

“I wish I had a skeleton dragon!” says Spike.

Michelle says, “I just saw a dragon on my way home up on the mountain.” 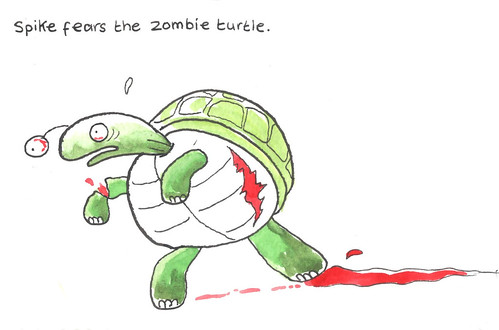 Meanwhile, on the mountainside, the dragon has left a trail behind him going in to his cave.

“We need to think of a plan to get the dragon,” says Spike. 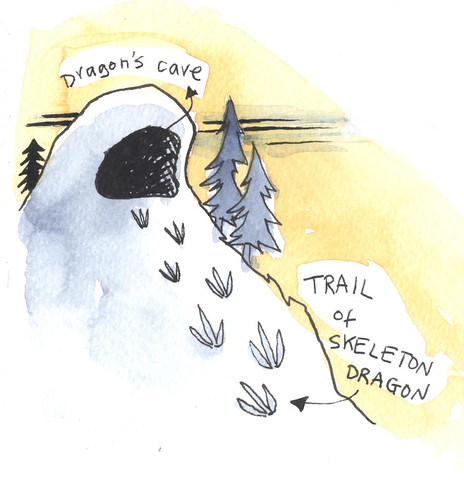