The Adventures of Toby the Pig 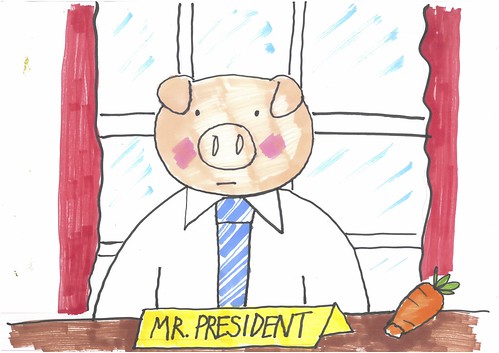 Toby the pig was lying in mud in the back garden of his mansion. Just then, Barack Obama climbed over the wall.

“Do you wanna be president?” he asked.

Barack Obama gave him the presidential suit. Toby went off to the White Kitchen Grill, one of his favourite restaurants, with his best friend, Orange-haired Cow. 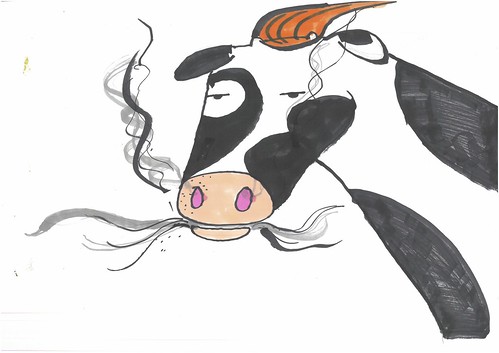 Toby and Orange-haired Cow went inside the restaurant and they saw bacon on the menu. Toby screamed, and in a panic, set off the fire alarm.

Orange-haired Cow saw beef on the menu and he screamed and set off the other fire alarm.

The people in the restaurant called the Guards and they arrived and put Toby and Orange-haired cow in prison. 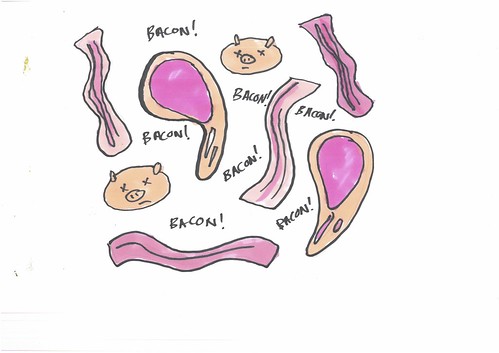 When they were in the cell, Orange-haired Cow used his fire powers to try melt the bars.

Just then, Donald Grump, the evil prison butcher, stormed into the prison and threatened to turn Toby, his presidential rival, into bacon...