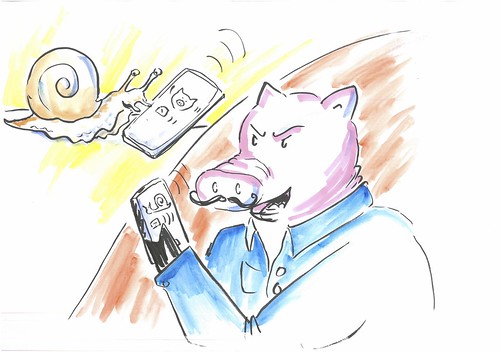 Snortly the pig was in his pigpen. He was talking to his best friend, Speed the snail, on his phone.

Snortly was very confused talking to Speed because Speed spoke so slowly. One word after another came out of Speed’s mouth. They were trying to talk about Snortly’s plan to rule the world.

“So my plan is that the American president never touches the rest of the world,” said Snortly.

They decided to go to the Mayor Bingbong’s house to get the American president’s contact details.

Speed said, “How are we going to get into the mayor’s house? I’ve heard that he has locks on all the doors and lasers everywhere! And the security guards’ heads are as big as your neck!”

Snortly was a very big pig.

They went to the mayor’s house on their segways. It took 52 hours because they lived on the other side of the world and Speed was so slow. 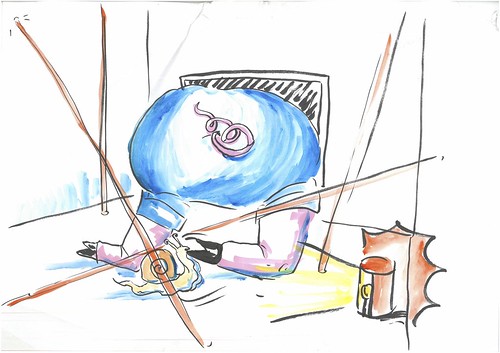 Snortly karate chopped the door down, but didn’t realize that Speed had tripped over a laser and the security guards were coming.

“Where did they go? Did you see them?” asked one of the security guards.

Another guard looked at Speed and said, “Aren’t you very small to be a security guard?”

“Hang on a minute, did we see who?” asked Snortly.

“Someone who tripped over the alarm,” said the other guard. “Wait, I don’t recognize you!”

“We’re going to a fancy dinner party so we’re dressed as a pig and a snail!” said Speed.

“Whatever!” said the second security guard. “Did you see the intruder that tripped over the security alarm?”

“It was just a rat,” said Snortly.

Suddenly, the American president came out of the guest bedroom…