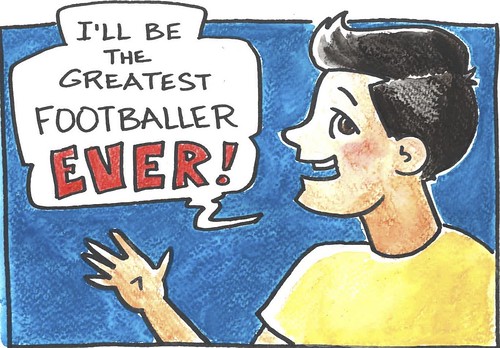 Alex was at home eating his dinner. His mam asked, “Do you want to start playing football?”

Alex’s mam said, “But your brother Shane is really good and he could teach you.”

Alex’s sister Sally said, “I hope you are really good in the end.”

The next day, Alex went to football training. He was feeling kind of scared because Shane wasn’t there.

There were about fifty kids there and Alex thought they were better than he was.

Shane showed up and Alex said, ”I wish I could be as good as you playing football.” 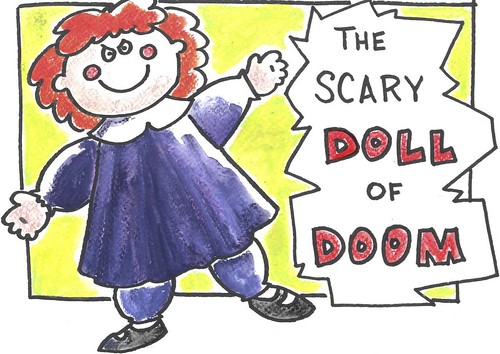 A girl called Sophie had brought a doll to training.

Alex saw the doll and started running around in circles in fear, like he was been chased by a chicken.