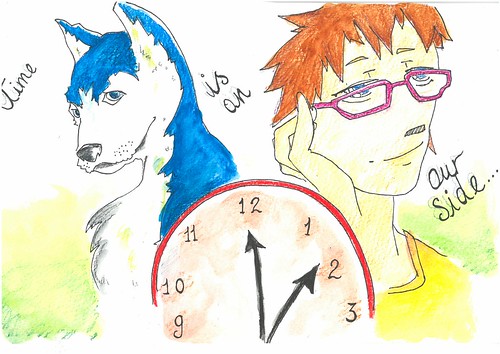 Once upon a time there was a dog called River. One day, River was playing outside with his friend, Dan.

Dan was a boy who had the power to freeze time. River could turn into a human.

Suddenly, River noticed something strange in the sky. It was a UFO!

Dan froze time and the two ran to the garden shed to grab some tools and weapons.

River couldn’t hold his sword in dog form, so he transformed into a human. 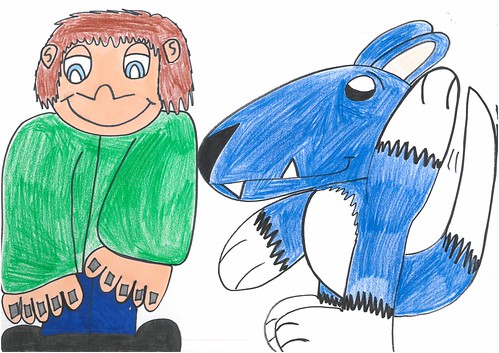 Then, Dan unfroze time and they wanted to stop the UFO but the UFO started shooting fire. River got scared.

Soon, the Alien Ducks invaded. River went into the shed to get some fire-proof armour.

When he was in the shed, he also found a wishing well.

River’s greatest wish was to have a family. He closed his eyes and wished...