The Alien Who Lost His Toe 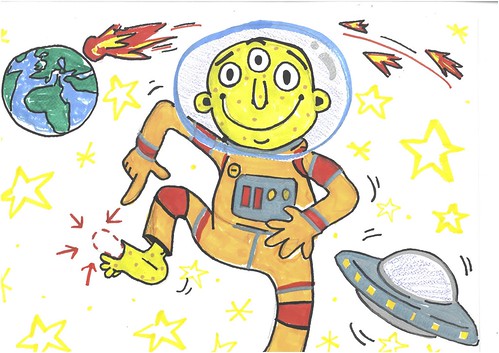 Once upon a time, Billy Bob Joe the alien was flying in his UFO when he saw a big flame crashing into Earth.

But then he realised Ellie Smelly his best friend, was still on Earth.

Billy Bob Joe went down to Earth on his UFO to save Ellie.

Ellie Smelly was still watching telly in her deli. On his way down to Earth, Billy Bob Joe was going so fast that he lost his toe and it flew off into the air.

Billy Bob Joe crashed landed in a garden and jumped out. He saw a man with a garden hose.

“It smells like the bread spiders back on Saturn!” Billy Bob Joe exclaimed. 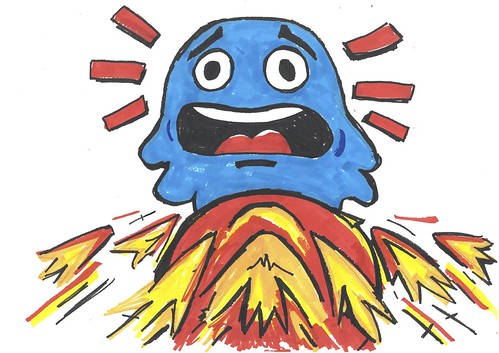 “What are you talking about?” said the man. “And who are you?”

Billy Bob Joe thought that the voice was very familiar, even though he’d never met a man before.

Meanwhile, back in space, the Blob From Space saw the flame crashing into Earth.

“What in the name of blobber is that?!”

All of a sudden, the flame changed course and hurdled at the Blob…