The Amazing Adventure of Wonky and Calvin 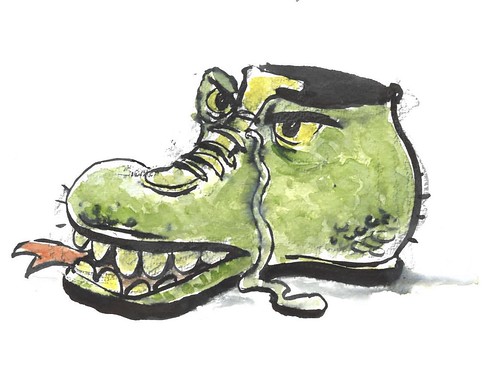 Wonky the monster shoe was in a forest in India. He was lonely because he had nobody to play with.

Wonky was so lonely that he walked into a tree.

Then Wonky found Calvin the triangle. Calvin was lonely too.

“Can I sit inside you?” Calvin asked. Wonky did not want Calvin to sit inside of him because he was hungry.

Instead, Wonky asked Calvin, “Do you want to eat the earth?”

They got three sticks from a nearby tree and put it into the shape of a “Y.” Then, they tied it with shoelaces. It was a giant slingshot!

Wonky and Calvin both sat in the middle of the slingshot, put the laces around the tree until it started to slip off, and then they flew into space. 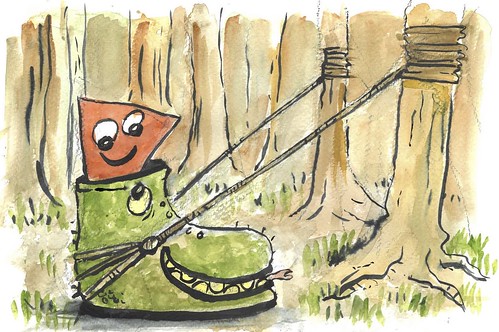 Once in space, Wonky and Calvin looked around. It was as if someone had spilled milk because there were so many stars.

There were a thousand million stars all around the earth!

“Do you want to eat the earth now?” Wonky asked…