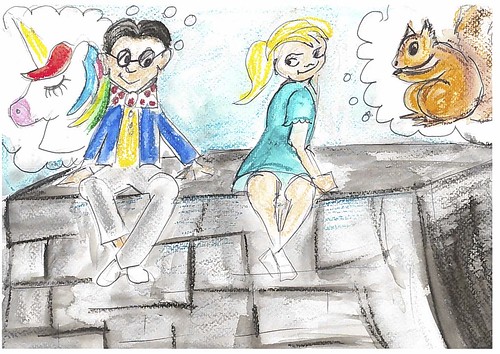 Hi my name is Melvin — I'm a nerd. I want to be a unicorn, it's my greatest ambition. My greatest fear is Scar the Baddie and Gary the Bully.

My best friend is Sammy because she's a nerd. She wants to be a squirrel and that's a bit scary.

Once upon a time there was a boy named Melvin and he moved schools when he didn't want to because he had a lot of friends in his old school.

Now he only has one friend called Sammy.

He has a secret that he likes her, but he thinks that she wouldn't want to be his girlfriend because he's too ugly. 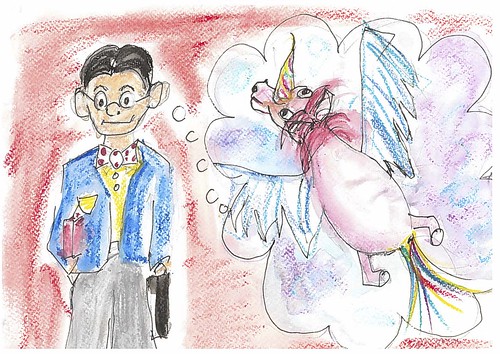 His brother Ernie is in a year above him in school so he doesn't see him much.

His sister Lily is a gymnast and his brother Bobby is on the soccer team.

He's got a pet dog named Copper who is a rescue from the pound. He's a special dog because he can talk.

Melvin never keeps secrets from Sammy, but one day he said to her,

“Sammy, I have a secret,” Melvin said in a deep voice, which he had been practicing.

“Go on, I'm listening. I promise that I won't tell,” Sammy said. Then Sammy said, “How on earth are you going to turn yourself into a unicorn?”

Sammy answers the phone and a distorted voice says,  “Hello daughter, come in for your dinner. It's me, your Dad...”