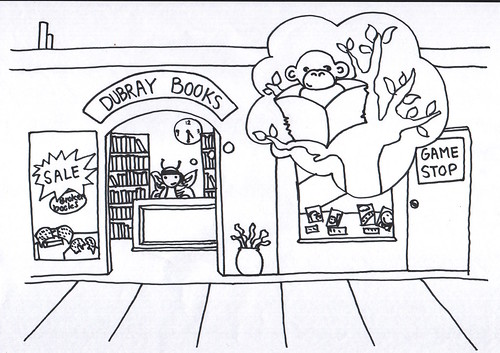 Once upon a time, Andy was born.

He was born a butterfly and became a ninja. In school he got picked on for being a giant butterfly.

One day, he started working in Dubray books.

Scientists had put knowledge of ninja into his brain when he was aged two.

When he gets angry he loses control, and his ninja skills overcome him.

On his first day in work, his boss shouted at him, and his ninja skills cut five books in half.

While he was chopping five books in half, Plip Plop from school came into the shop. 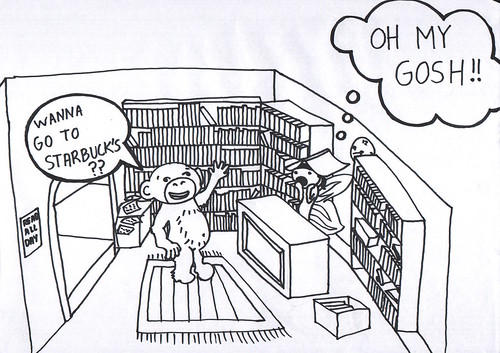 Andy was speechless, stopping mid-chop, and a book fell from mid-air onto Andy’s head.

He was so excited, because as a child he had read about the great Plip Plop going on exciting adventures and solving mysteries.

“Hey Andy, I know you! You’re that Ninja Butterfly: do you wanna go to Starbucks?” 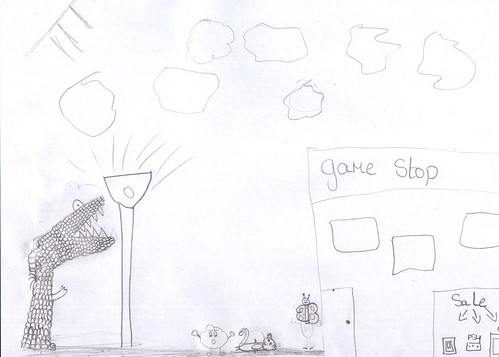 Andy then realised he had completely embarrassed himself and tried to recover.

On their way to Starbucks, Andy tried to talk but couldn’t control his voice. 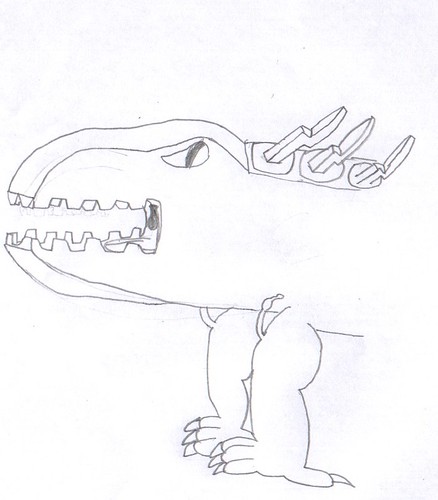 He saw his enemy, Joey the Sumosaurus rex. Joey saw Andy as well, and gave him the death-stare, but walked into a pole.

Angry, he charged towards them…