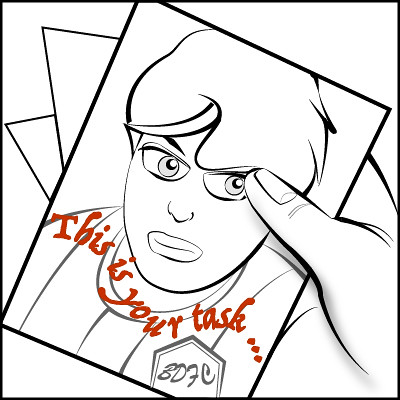 Charlie lay motionless at her feet. She had done it. A million thoughts raced through Angelina’s mind but she had one question, “Where to hide the body?”

A pang of guilt hung over her, but there was no time to be emotional. Though he was three years older than her, Angelina managed to heave her brother into a bush and started to make her way home. The knife still bloody in her pocket. The others would collect him tomorrow and she would get her payment

Angelina lived with her mum Shelia, her brother Charlie and her dog Sam in Ballyduff, Co. Kerry. Life was hard for Angelina as Dad had left her two years ago and Mum was deep in debt.

Angelina hadn’t always been in to the killing stuff. One day, her friend Toni asked if she wanted to go to her house. So, after school she met up with Toni and they started making their way home. Just as they neared Toni’s house, Toni turned towards the woods near her house. Angelina followed behind her. That’s when she met The Southside Serpents.

The Southside Serpents were a gang that were notorious for getting revenge on those who wronged them. She went to the Serpents’ den every day after school and soon became a member.

One day when she went to the den and got her mission, Angelina looked the pictures of the person. Her brother was staring straight up at her. She knew that there was no point in arguing with them, so she left the house at 6pm while her brother was at football training. As Charlie was walking home, she ambushed him.

Charlie never had a chance - she was too quick for him. A search party went out looking for him but they never found the body.