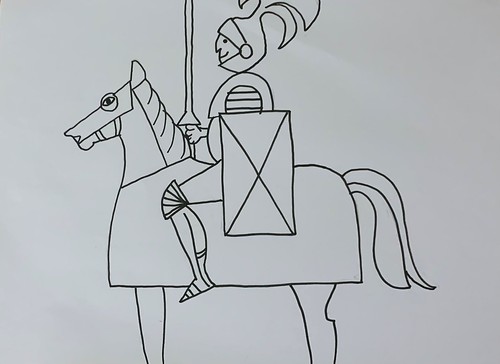 One time in 1921, Jack the Horse and Bobby the Knight were outside when they heard something. Bobby was nervous so he rushed into the King’s room.

“Don’t panic, let’s get the cannons ready,” replied the King.

“King, Jack the Horse is still outside,” Bobby said fearfully.

Jack the Horse was so nervous that his underpants fell down when the  cannons sounded. Jack was frightened and scared.

“Oh no, that took me ages to dress,” said Jack.

A few minutes later, someone knocked at the door. There was an old man waiting outside.

“There’s going to be an apocalypse,” the old man told Jack. 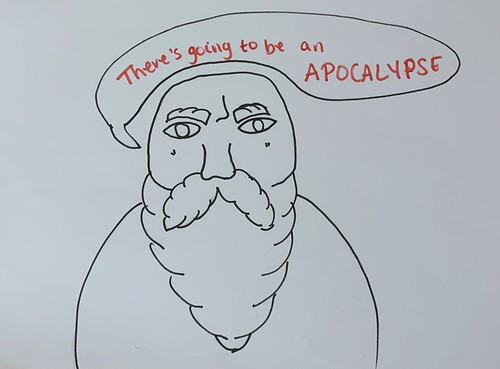 Jack was terrified. He rushed into the palace to tell Bobby that there was going to be an apocalypse.

Bobby and the King laughed.

“I doubt that,” replied Bobby.

A few days later, the ground began to shake and there were some big cracks in the ground.

They ran downstairs, opened the door and there were people outside with Jack the Horse. Jack was really scared.

Suddenly, he grew wings. Bobby was amazed but Jack was still surrounded by random people who he found out were survivors from the apocalypse.

Then, Bobby and the King fell into a crack! Something happened on their way down...