Attack Of The Spider Pigs 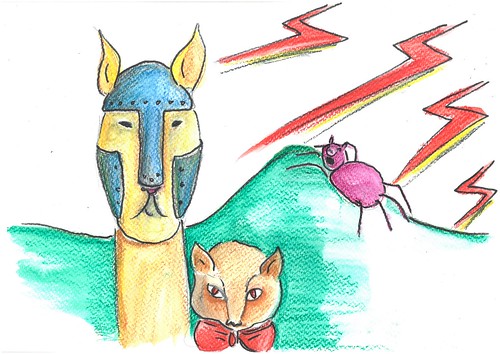 Rising from the dust after a battle with a mutated spider pig, Steve the llama was dazed.

“Hello, I’ve a headache.  I need help!”  said Steve in a squeaky voice.

“I’ll be right over,” replied Mr. Cat in his Russian accent.

The two friends meet in an old car - a Porsche.

Steve was feeling excited.  He had always wanted to go to Fish World.  He couldn’t swim but his dream had always been to become a fish. 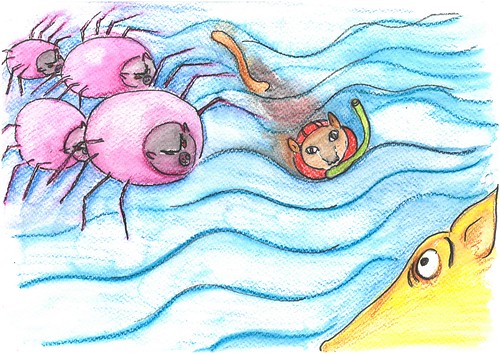 At Fish World, Steve shoved a clam on his head to help him to breathe underwater.

Two minutes later, his best friend Mr. Cat jumped into the sea in a diving suit (courtesy of a secret agency).

Just then, four spider pigs jumped into the water and went after Steve and Mr Cat.

Steve was disgusted and gobsmacked by his biggest fear - SPIDER PIGS!

He yelled to Mr. Cat for help,