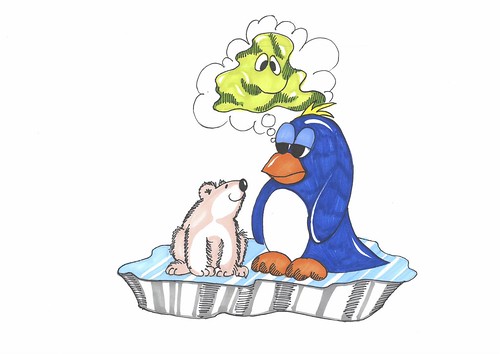 Once upon a time, there was a penguin named Coco. His greatest wish was to be friends with Jeff the Blobman.

Jeff was a green blob who could turn into a man but he was still a blob. Coco had one best friend named Fur. She was a baby polar bear. Coco wanted Jeff the Blobman to be his friend too.

One day, he saw Jeff the Blobman walking around in circles looking at the ground. Coco walked up to him.

Coco thought that he might be a secret spy and he was suspicious. Jeff was crouching down on his knees sitting on the ground.

Coco thought Jeff was being mean because he was not talking to him. 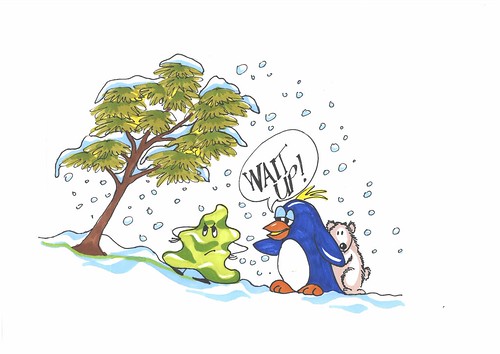 Then Coco said, “What’s your problem?”

Jeff said nothing. He started walking away. Coco chased after him.

“Wait up!” he shouted. He was running through the snow.

Jeff got stuck in the snow because he was sticky...