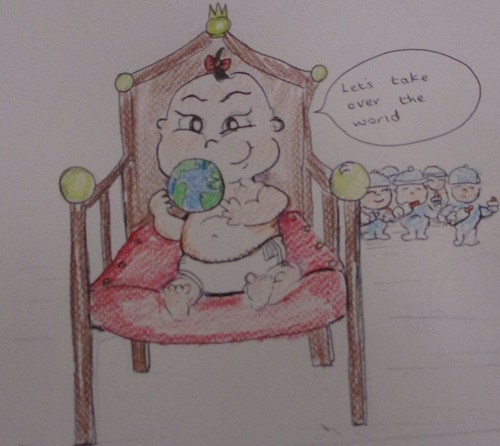 But, Baby Lulu did not act like that on the outside. But, there is one thing he wants the most and he has a friend to help him.

Baby Lulu is from Asia. He was born in South Korea. Baby Lulu has a plan in his head.

Baby Lulu had to get what he wants or he would engage the crying and he would have a massive tantrum.

This would unleash the dark magic and tears of acid. He never has showers. His parents have died. Before his parents died he would kick.

This is why he is so sad and evil. One thing he really wants is to make a baby army for World War III.

The reason why is to become the emperor of the world. So, he rounded up the neighbourhood babies and told them the plan.

Baby Lulu arms the babies for training and teaches them how to Naruto run. Baby Lulu got water guns for all the babies.

He puts dark magic into their dodos to become evil. 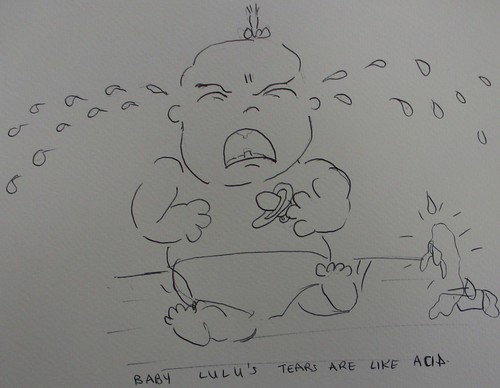 Baby Lulu got a trailer for ten babies each for World War III.

Some of the babies had milk bottle guns. They have milk that has been open for two months.

Baby Lulu has one special friend to help him.They also have dodo grenades.

Baby Lulu himself is very smelly.

They have drooping nappies. He had an assistant called Baby Pablo. Baby Lulu went to Baby Pablo's house asking for more babies.

Then Baby Lulu starts crying because then he will have to go back to pre-school.

Then Baby Pablo rented some Ferraris for the left over babies and rolled the cool montage.

All the babies started fighting all the Koreans and the battle has begun...