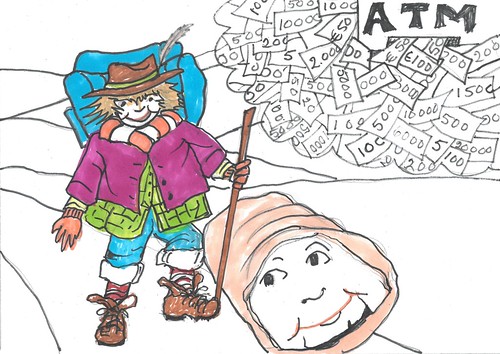 It was a small town and in the town there was a bench.

This is a true story! Loads of people have gone missing, including Vector the Vagabond.

Vector was captured by an old lady named Jennie who also took everybody else, including Timmy the Toe’s uncle, Jimmy the Barber.

Jennie has long grey hair and circular glasses, a crooked nose and a bent back.

Suddenly, Jennie threw Vector onto the streets with no money in a bad town with a rancid smell.

He finds a fiver and uses it to buy a tent and a lotto ticket.

Every night before he goes to bed and when he wakes up in the morning, he prays to become rich. 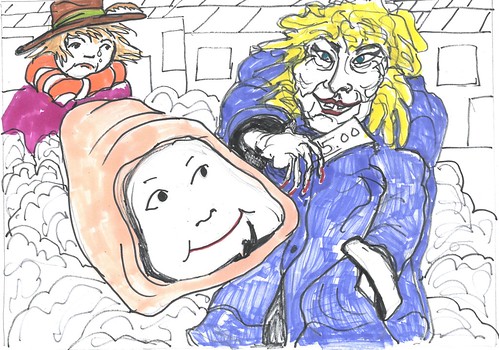 He sells the tent to Timmy the Toe and that’s how they become friends.

A few days later he finds money on the ground. He runs to Timmy, to show him, turns out that Timmy and Jennie are partners in crime.

So Timmy takes the money and splits it between him and Jennie.

In an alleyway, Vector finds the lotto ticket in his pocket, scratches it and finds out...