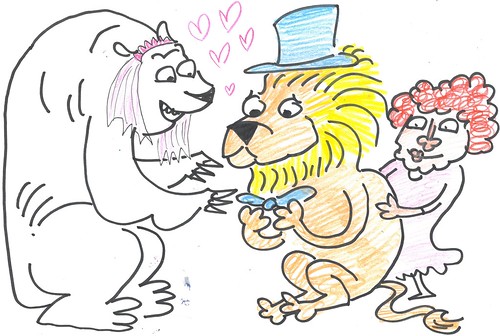 One day there was a very lonely Mrs Potato Peels.

Jeff the Pig was the bridesmaid. 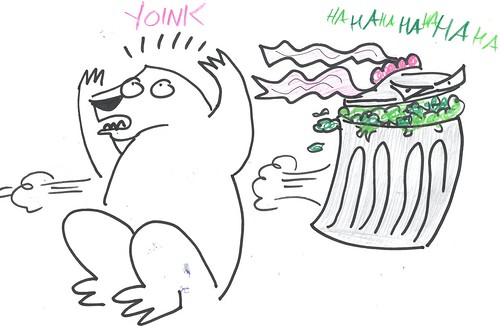 King Guacamole went to visit Mrs Potato Peels to get her help in getting the tiara back.

They set off on an adventure to find the tiara.

Queen Guacamole was upset and jealous about this.

She joined forces with the Evil Compost Bin.

Mrs Potato Peels and King Guacamole stopped in the middle of the night to have a rest in Candyland. 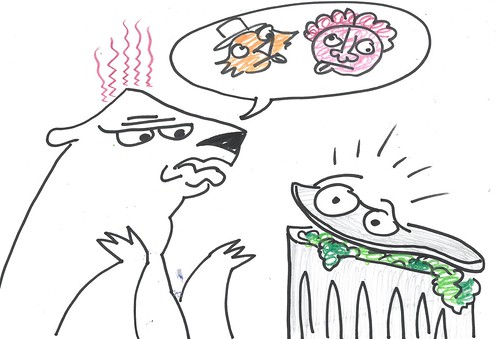 They found a gingerbread man’s house and stayed there.

They both woke up with their hair sticky all over.

There was a witch in the house and she cast a spell on them. 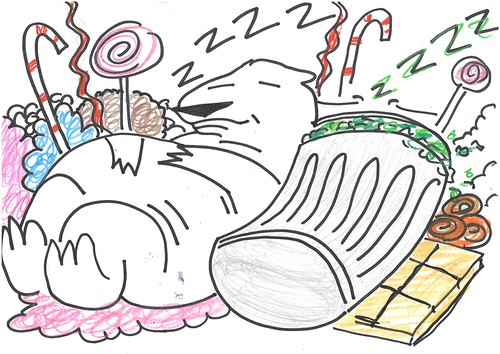 So they searched the house to a find a reversing spell.