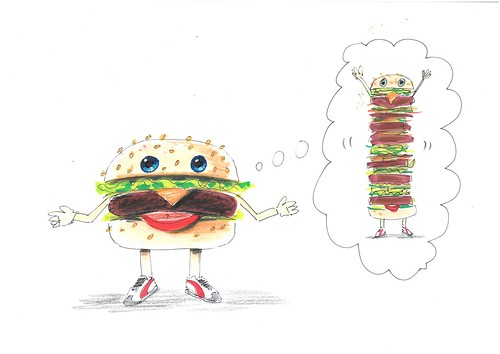 Brian the Burger was at the butcher’s counter in Nolan’s Supermarket waiting to be bought.

Brian had always been a sorrowful little burger because he didn't have any friends.

One day, Brian was bought by a woman in high heels but he didn't know what her job was. 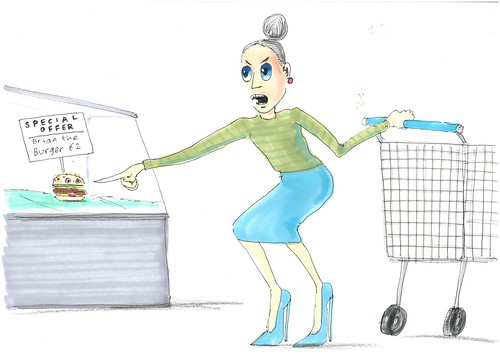 She said to the butcher, “This looks like a splendid burger.”

The butcher put Brian in a plastic bag and gave it to the woman.

The woman put the bag in her trolley.

In the shopping bag Brian met a gumball.

“Hello, my great friend, my name is Fred,” said the gumball.

“Hello,” said Brian. He stopped for a second, he was feeling a bit scared. He didn't know where they were going. 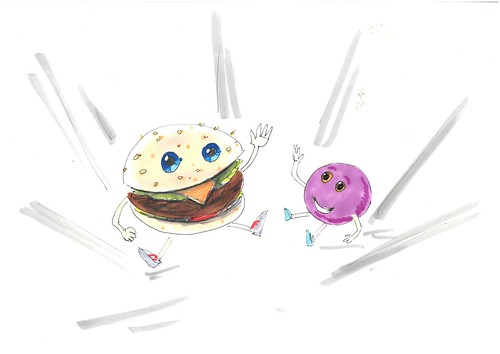 “Do you know what is going to happen?” asked Brian.

“I think we are going to a school, I heard the woman talking on the phone.

I think we’re all going to lunch,” said Fred happily.

Brian felt a bit nervous. He was afraid that they were going to BE lunch…