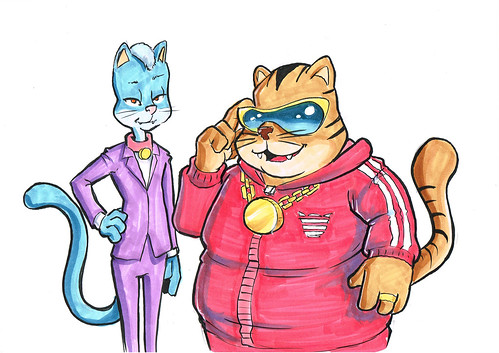 Chocolate the Cat was not like any other cat.  He was an extremely large cat.

Chocolate was phenomenal at soccer, but he didn’t believe in himself.

Smokey the Thin Cat, who was Chocolate’s best friend, had true faith in his abilities.

So much so that they wanted to play in the Cat League for Manchester City. 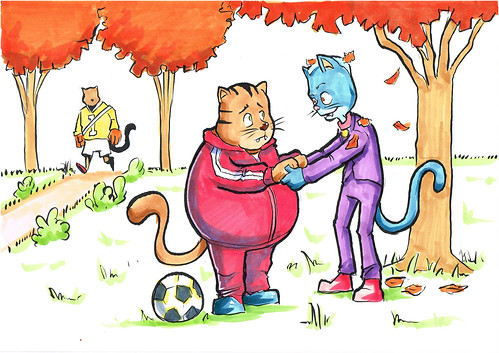 Smokey jumped out of a tree next to Chocolate, grabbed his paws.

“Don’t give up!” he said determinedly.

Chocolate felt relieved that his friend would help him, but he had a nagging doubt.

Pancake the goalkeeper still stood in his way…