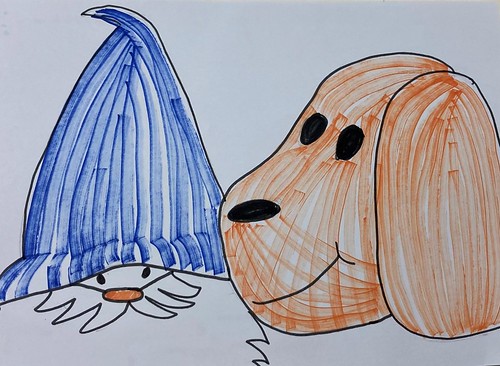 The wizard wanted to be the dog’s owner, because he was very, very lonely.

Luckily, Woof-Woof was a stray dog.

Woof-Woof was happy that Grandlord was going to be his owner so much that he jumped on Grandlord and gave him a big doggy hug!

Woof-Woof gave him lots of licks.

The next day, Grandlord brought Woof-Woof into his secret lair to make a potion to make him talk.

The potion didn’t work the first time, but the second time it did! 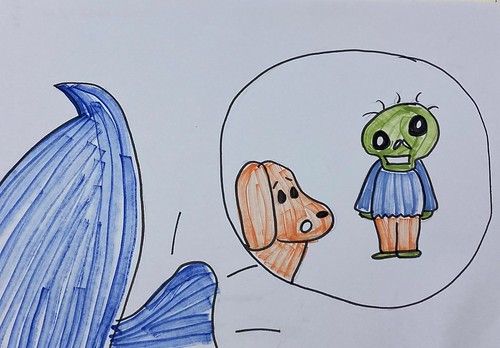 “Thank you for making me this potion,” shouted Woof-Woof, “and thank you for saving me and adopting me!”

The next morning, Woof-Woof went on an adventure in the forest beside the secret lair.

Woof-Woof saw the trees shaking, he heard the birds chirping, and the wind blowing.

Suddenly, he met a zombie that was after him.

“I will hunt you!” screamed the zombie.

Then Woof-Woof realised that he was walking in the direction of a zombie stronghold!

That morning, Grandlord had woken up and couldn’t find Woof-Woof.

He checked his mystical ball and saw Woof-Woof being attacked by a zombie.

He quickly used a spell to make the zombies disappear.

Nearby, a hunter was hunting when he came across Woof-Woof and he dognapped him...