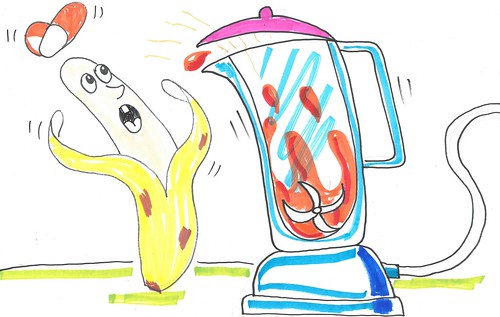 Once upon a time there was a banana named Joe. His best friend was a spud named Spuddy.

Joe lived in a house shaped like a banana. Spuddy was grown fresh from Ireland.

One day, Joe the banana was taken from his home by Jerry the bear. Spuddy was also taken. 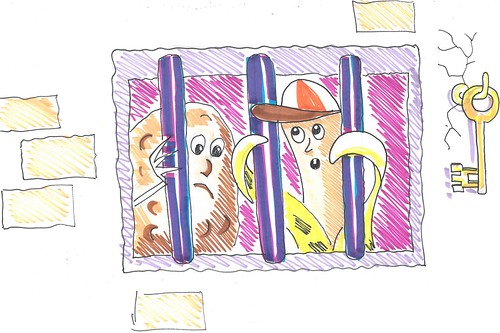 Jerry was part of the evil society called the blenders.

Joe wanted to be an apple but Jerry put a curse on him to be a banana forever.

Spuddy and Joe saw each other in jail where they were being held.

Joe was going to be put on trial for somthing he did years ago.

Joe slid through the bars and found a key on the floor. 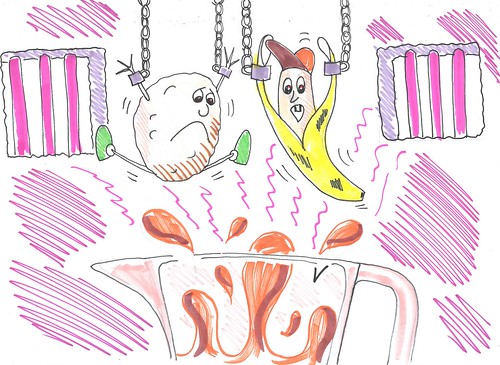 But then the toughest guard caught them and put the two in a cell hanging over a blender full of lava.

‘‘Joe, aren’t you supposed to be on trial?’’ asked Spuddy.

Suddenly the lava started to rise. ‘‘Spuddy, I think this is the end!’’ Joe said. ‘‘I don’t think we can give this the slip.’’