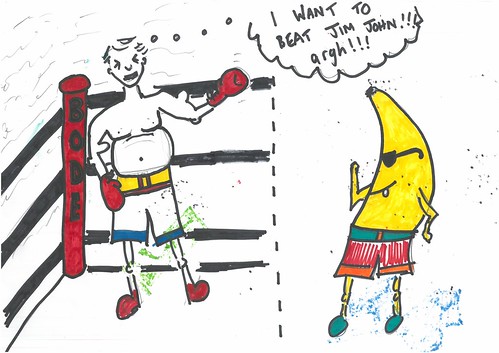 Once upon a time there was a guy called Bod(e).

He was walking down the street bumping people into oblivion with his belly, while thinking about beating Jim-John the greatest boxer in the world.

He went home and started sunbathing.

Then Jim-john came along and hit him on the belly with a baseball bat.

But since he had a big belly, the bat bounced back and hit him right in his Achille’s heel.

Then the baseball bat snapped and Bod(e) left Jim-John unconscious and tied to a metal pole in the garden while he went to get a new bat. 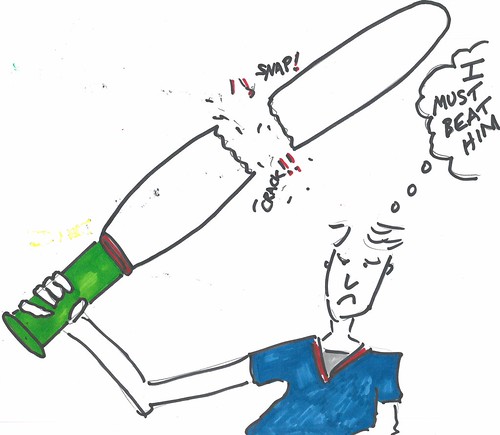 He met Bananaguy in the shop.

He told him what happened, and then said, “Let’s go get payback.”

When they walked to Jim-John’s house to rob it, they met pizza guys holding frying pans trying to guard it…