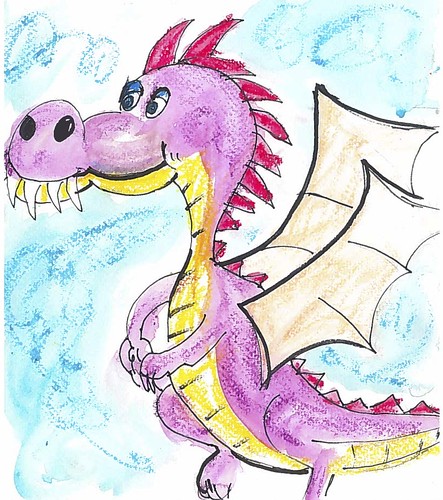 Dark Wing the Dragon heard a sound behind his back.

It was a girl whose clothes were all ripped and she was cold.

Her name was No Heart. She had black hair and she was the Dragon's best friend.

She was cold because Ice Woman had frozen the city of Bikini Top.

Fire Girl had found No Heart on the streets, freezing, and she saved her.

The only place that wasn't frozen was the Underground City.

When Ice Woman found out that she was making everyone really sick, she stopped shooting out ice. 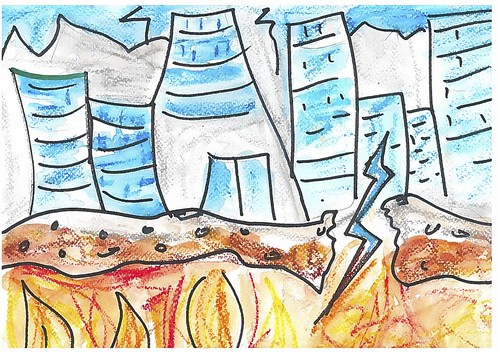 But the city was already frozen.

“How do we get the ice off the city?” said Fire Girl to Dark Wing, “We need fire.”

The Dragon said “We can eat spicy stuff to get more fire!”

No Heart wanted to join in to help to save the city.

Fire Girl said “When we save the city, we'll be able to get you new clothes out of all the money that the President gives us.” 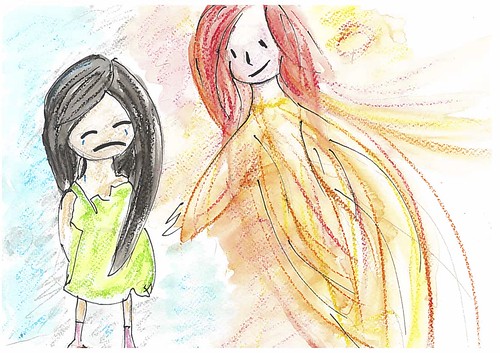 “We can go into the Underground City and heat it from the bottom but we have to get past the Guards first!”

No Heart said “I have an idea how to get into the Underground City.” ...