Bill and Willie and the Golden Adventure 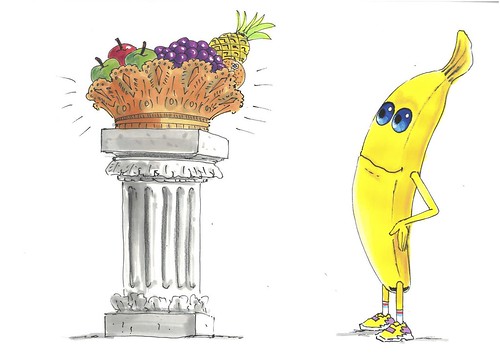 One day, around noon, Bill the Banana and Willie the Watermelon flew to South Africa on a plane.

Bill the Banana fell asleep on the plane and when he woke up he realised he was being carried by an old lady, called Betty, around a supermarket.

Minutes later, Bill was in a trolley. Out of the corner of his eye he saw Willie in the trolley too, alongside two other watermelons.

“What happened to us?” said Bill.

“You fell asleep on the plane, and then we fell through the roof of this supermarket!” replied Willie, “ Ten minutes into the flight, the door of the cargo opened and the wind pushed us out!” 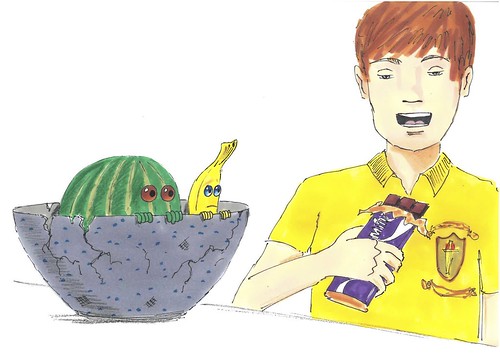 Bill and Willie were brought into the kitchen.

They spotted a giant, glittering, golden bowl, filled with sweets and chocolates!

Unfortunately, Bill and Willie were put into an old chipped bowl. They were a bit annoyed!

Just then, Bill saw his worst enemy in the hands of his biggest fear.

It was a dairy milk chocolate bar, held by an eleven year old boy called Johnny…