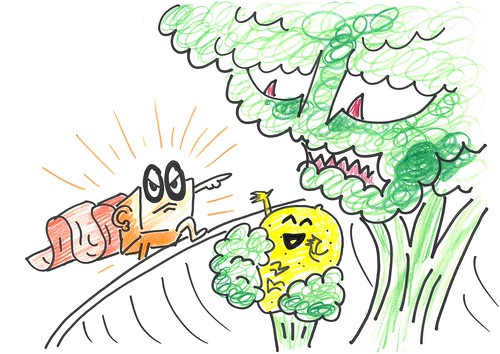 On a normal day, Dave the block of cheese was in the fridge.

On this day, however, the human had left the fridge door open.

This had never happened before. This was to be the first time Dave could live his dreams.

Dave was going to escape from the fridge.

Dave jumped out of the fridge. He looked back to see his best friend, Billy the Low-Fat Milk, firing peas out of the door.

He was aiming at Dave to try and get his attention.

“You forgot about me!” he yelled. Dave used his strong arms to climb back into the fridge and help Billy get out.

Dave and Billy went to the fruit bowl so they could stop Broccoli from destroying all the fruit. 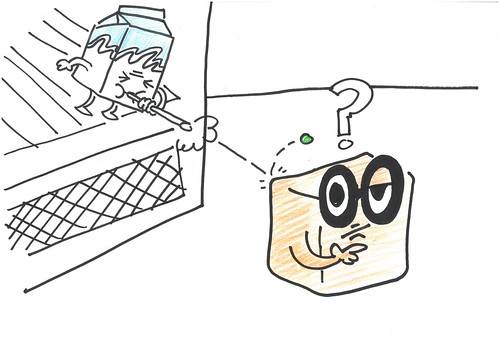 Dave saw Broccoli’s head peeping out from outside the fruit bowl.

They caught him just as he was about to squish the lemon.

Finally, Dave had a chance to take out his cape from his packaging and become a superhero: Dave the Super Cheese.

He warmed himself up by telling Billy some cheesy jokes.

“Hey Billy, getting out of the fridge was grate!”

Billy said, “That was a bit offensive to your own kind.”

The fruit bowl was on the counter. They struggled to get up, but Dave had the idea to use a bit of spaghetti.

Dave used his strong arms to get on top of the counter and then he pulled Billy up with the spaghetti. 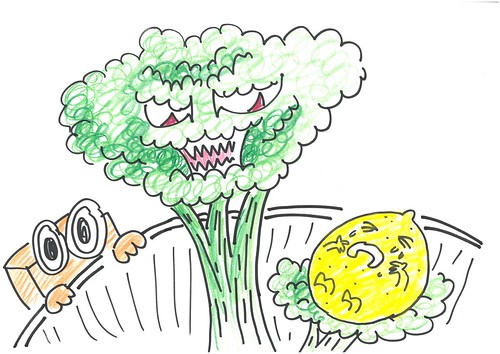 When they got up, it was harder than it seemed to get into the fruit bowl as Broccoli also had a sidekick called Russell Sprout.

After hearing what had happened between them, it made Dave all the more determined to stop Broccoli and Russell Sprout . . .