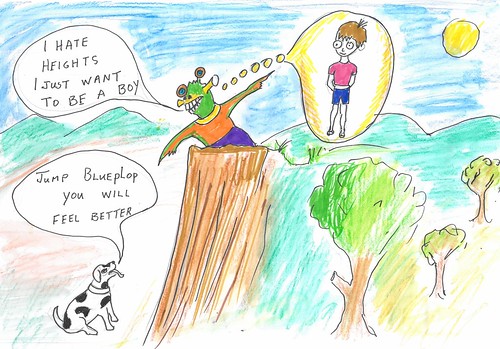 There once was a mutant called Blueblop. Blueblop was mad because he wanted to be a person.

One day he saw a stray dog and he brought it to his house. He became best friends with George.

When Blueblop woke up the next morning, he saw that George was kidnapped!

He went to the place where he found George to look for him.

He checks in the hospital to check if he is there.

Blueblop didn’t find him there, so he called the police. 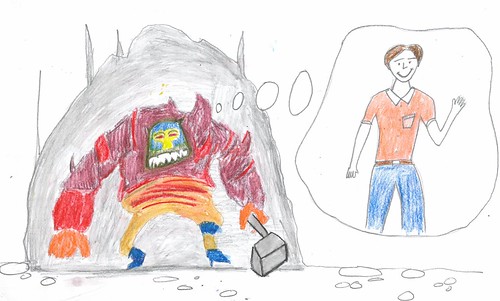 The policeman said “We couldn’t find him anywhere.

Blueblop goes into the pet store to search for George and he finds him there.

They both went to the carnival to celebrate.

George runs up to the ferris wheel, but Blueblop was scared of heights…