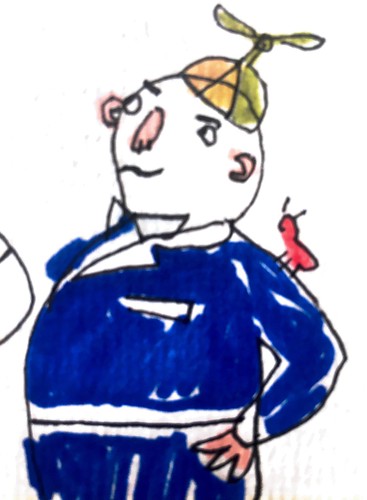 It was an autumn morning and Big Bob was going to the police station. He got an assignment to go to the gas station. Big Bob got into his old, battered, red mini cooper.

He went to the gas station and the doors locked behind him. He could hear people talking at the back of the door.

He’s hearing people talking at the back of the door, and he’s feeling half scared and half intrigued.

Big Bob tried to find the Knight, his best friend to help him.

He went down the food aisle because he was very hungry and he saw a sumo wrestler. 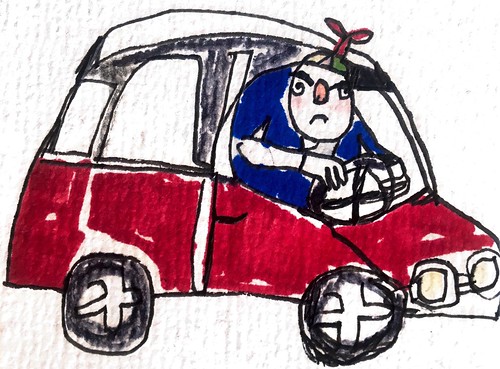 The sumo wrestler said to Bob, “Hey, you look like a big guy.

Do you want to be a sumo wrestler?

I can coach you for five dollars an hour.”

Bob was stuck between being a sumo wrestler and a police officer...