Bob and the Broken Leg! 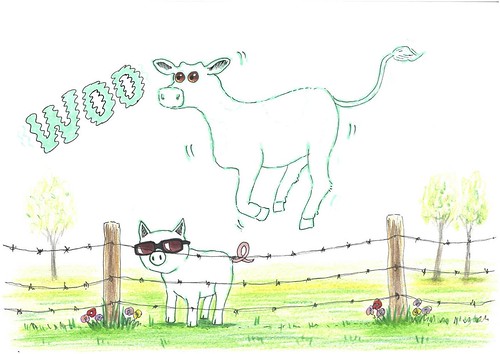 One day, Bob was born on a farm. When he was young, there had been a car accident and he became a three-legged ghost-cow.

Bob made an oath to himself that one day he would get his leg back.

When Bob grew up, he got a job in a science lab so that he could make himself a robotic leg.

The boss of the lab was named Jeff.

Jeff was a mostly-ghost pig who wore shades and has a real tail. 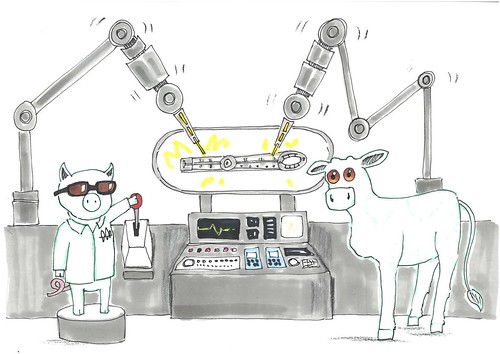